Here’s a rule I try to follow at all times:

It sounds obvious, I know, but I think it’s hard for a lot of people. The need for fairness and balance is paramount in the minds of many, so when someone enjoys a stroke of good fortune, it’s hard for them to accept.

This can result in anger, bitterness, and even outrage.

In 1990, my friend, Bengi, and I are driving through the mall parking lot when he slams on the brakes, jumps out of the car, and returns with a fistful of $20 bills that he spotted fluttering across the road.

Given that we were poor and eating elbow macaroni for dinner every night, this was like finding $5 million dollars in today’s money.

Later that day, a friend argues that I deserve half of the money since I was in the car at the time.

I disagree. I had not seen the money. I did not exit the car to collect the money. I was happy for Bengi. But our friend thought the whole situation was unfair to me and just another example of Bengi’s seemingly constant good fortune.

Years ago, I forget to input student scores into a database. Nobody cares. Nobody even notices. So the next year I deliberately forget, assuming this is a needless task. Still, no one cares or even seems to notice. This goes on for six years until the database program is ultimately replaced by another. During those six years, one of my colleagues is angry about my ability to avoid a task that he cannot, even though my avoidance of the task costs him nothing.

While in college, I discover that my school ID allows me to access the library printers for free. This error in the coding of the identification card saves me hundreds of dollars over the course of my collegiate career. My lab partner is irate at this disparity between us, even though my free copies cost him nothing. In fact, he actually benefits from my good fortune. Whenever he’s in the library, I scan my ID so he can print for free, too.

It changes nothing. He remains angry, bringing it up constantly.

My friend purchases a gas grill. Two weeks later, I purchase the same gas grill, which is now on sale. I also purchase the dented floor model in order to avoid assembling it myself, which cuts the price by more than half of what my friend paid. My friend is genuinely annoyed at me for finagling a better price, even though that better price didn’t cost him anything.

Also, that math teacher could’ve chosen the path of physical education had he really wanted that job.

More importantly, why not just be happy for your colleague? Lucky him. He never needs to worry about the stupid state math test. His good fortune costs you nothing.

The strangest thing is that in each of these example, if these people had simply followed my rule, they would’ve been a happier people. Thrilled for the good fortune of a friend or colleague and absent of any malice.

It’s as if these people find spitefulness to be more satisfying than happiness.

It makes no sense.

I have a friend who seems to get every lucky bounce, both in life and on the golf course. It’s as if the universe bends to his will. Trees literally throw his golf ball back onto the fairway with disturbing regularity.

It’s as if he’s living in a rosy version of The Twilight Zone.

My friends and I constantly complain about his ridiculous luck, but we don’t really mean it. We protest in jest. Truthfully, I’m happy for my friend. Thrilled for him. His good fortune comes at the expense of no one.

Still, even he would admit that the ball bounces in his direction more often than most.

When playing golf with Charlie last week, he noticed that I don’t ever seem to get a favorable bounce. “Dad, every time you hit a tree, the ball goes in the worst direction. It’s like the trees hate you.”

Perhaps that’s true. It’s been argued by some that I rarely get a favorable bounce. Misfortune and disaster has visited my life on a disturbingly regular basis.

But that is ridiculous.

As I pointed out to Charlie, my bounces can’t be so unlucky because I have Charlie.

And I have great friends. Men and women who I respect, admire, and love. Colleagues, neighbors, childhood buddies, former students, and many more who fill my life with laughter and joy, including one ridiculously lucky jerk. 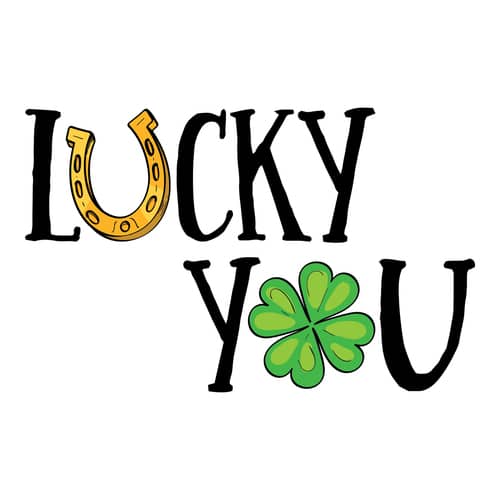