I received some unexpected Christmas gifts this year. The kind you can only receive if you’re a teacher.

I suspect that my fellow teachers receive gifts like this all the time (probably more often than me) and likely cherish them just as much as I do.

I received a message on Christmas from the parent of former students: a son and daughter who I taught in fifth grade but are now all grown up. They had come home for Christmas, and she was surprised to find them playing chess together.

I had taught them to play the game in fifth grade, as I have every one of my classes for the past 20 years.

On the day before Christmas, I opened my front door to find a case of Diet Coke on my stoop with two cards affixed to the tops of the soda. One was from a former student and the other was from her mother. The Diet Coke was nice, but the words written to me my this mother and daughter were two of the best gifts I received this holiday season.

I’ve said it before and I’ll say it again:

The right combination of words, written in a letter, card, or even email or text, can be one of the best gifts you’ll ever give or receive.

While sledding with the kids near my school on the day after Christmas, I was approached by a young man and woman at the top of the hill. The young man said, “You don’t remember me, Do you?”

It admittedly took a second, but without any prompting or hints, I finally said, “Amanda and Pete. Brother and sister. I taught both of you.” Pointing to Peter, I added, “And I stuffed you in a desk when you were in fifth grade. Kids still talk about it to this day.”

He laughed, and we reminisced about the famous desk-stuffing incident, including the way one of his classmates had shouted, “Mr. Dicks, you have a vein popping out of your neck” as I tried to close the desktop on Peter’s body.

When Clara asked why I would try to stuff a kid in a desk, Peter shrugged his shoulders and said, “I talked a lot.” I added that he was tiny back then, so it wasn’t as challenging as she might imagine. Peter was disheartened to hear that I’ve been forbidden from picking kids up and doing things like stuffing them in desks anymore.

Which is true. And tragic. Every year the pressures of conformity and caution increase. Thankfully, I have, for the most part, worked for principals who respect and appreciate individuality, creativity, and nonconformity. They have been leaders who fundamentally believed that if children are happy, their parents are happy, and learning is happening at an appropriate pace, the teacher can and should be afforded a certain degree of freedom.

In some cases, a lot of freedom.

Except, of course, for the picking up students, throwing snowballs at them, playing games like Red Rover Red Rover, stuffing them in desks, rolling them down hills, and similarly joyous antics.

But seeing Peter and his sister on that hilltop, chatting about the days of old, and being remembered in the way they remembered me, was a pretty fantastic and unexpected Christmas present.

It’s the kind of present you can only receive if you’re lucky enough to be a teacher.

Even one who once stuffed a kid into a desk. 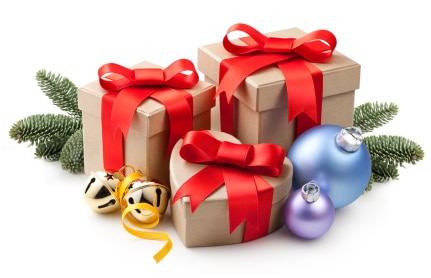