When I left the house for my bike ride yesterday, the sun was bright. Puffy clouds dotted the sky.

As I rode, I noticed darker clouds gathering in the west, but so far off that I ignored them and pressed on. As I approach mile #5, I saw that the clouds were gaining on me, nearly upon me, so I decided to turn and head for home.

Before I even had time to reverse my course, the sun all but disappeared. Moments later, the sky opened up, and I found myself riding through an instantaneous, enormous downpour.

I could barely see as I raced home.

I was drenched from head to toe when I finally walked into the house. I took a shower, threw on dry clothes, and returned to my work.

Less than an hour later, the storm had passed. The sun had returned. The birds were chirping. It was beautiful outside. Thrilled with this change in fortune, I told Elysha that I was going back out to finish my ride. Log a few more miles.

Less than 20 minutes into my second ride of the day, hail began to fall. Large bits of ice pelted me hard enough to sting. I took shelter under a tree and texted Elysha.

“Now I’m being hailed upon.”

When the hailstorm finally passed, it was raining once again, lightly this time, so I took off, resuming my ride. Soon the sun was peeking through the clouds once again. About five minutes later, I turned a corner and was greeted by an enormous rainbow that stretched from one end of the horizon to the other.

While telling Clara about my biking adventures from earlier that day, I said, “I’m so glad I went biking today and ran into those crazy storms.”

“Because you got to see that rainbow?” Clara asked.

“No,” I said. “I’ve seen dozens of rainbows in my life. Hundreds, probably. There was a double rainbow over my college graduation. That was a rainbow that I’ll never forget. Today’s rainbow was beautiful, and I’m glad I saw it, but that’s not what made today special.”

“What was it then?” Clara asked.

I explained to her that it was the pouring rain and stinging hail that I appreciated most.

Monday, May 11, 2020 will be a day that most people ultimately forget in the course of their lives, especially during this particular time in history when the days can seem to bleed together. In a month or two (but maybe as soon as next week), most people will look back on May 11, 2020 and be unable to recall a single specific memory from that 24 hour period.

An entire day will simply be lost forever.

It’s one of the reasons why I began doing Homework for Life and have become so committed to the process. It’s why I assign Homework for Life to anyone who will listen. I don’t want my days to bleed into each other. I never want entire rotations of the Earth to be forgotten.

I rode my bike through a downpour yesterday. A perfectly sunny afternoon was instantaneously transformed into an unexpected thunderstorm, and I was forced to race home through blinding sheets of rain. Then I went biking again, on the same day, into another seemingly sunny afternoon, and this time, I was greeted with hailstorm.

Big chunks of ice battered my face and arms and legs.

I was smiling even while in the midst of it all. Standing under that tree as the hail fell, I was laughing. I felt so young and free. So damn lucky to be outdoors at that moment.

The rainbow was good. A lovely cap on an unusual afternoon. But it was the rain and hail that made it unforgettable.

That’s why I enjoyed it so much. I went outdoors. I encountered novelty. I made a memory. I preserved the day in my mind forever. 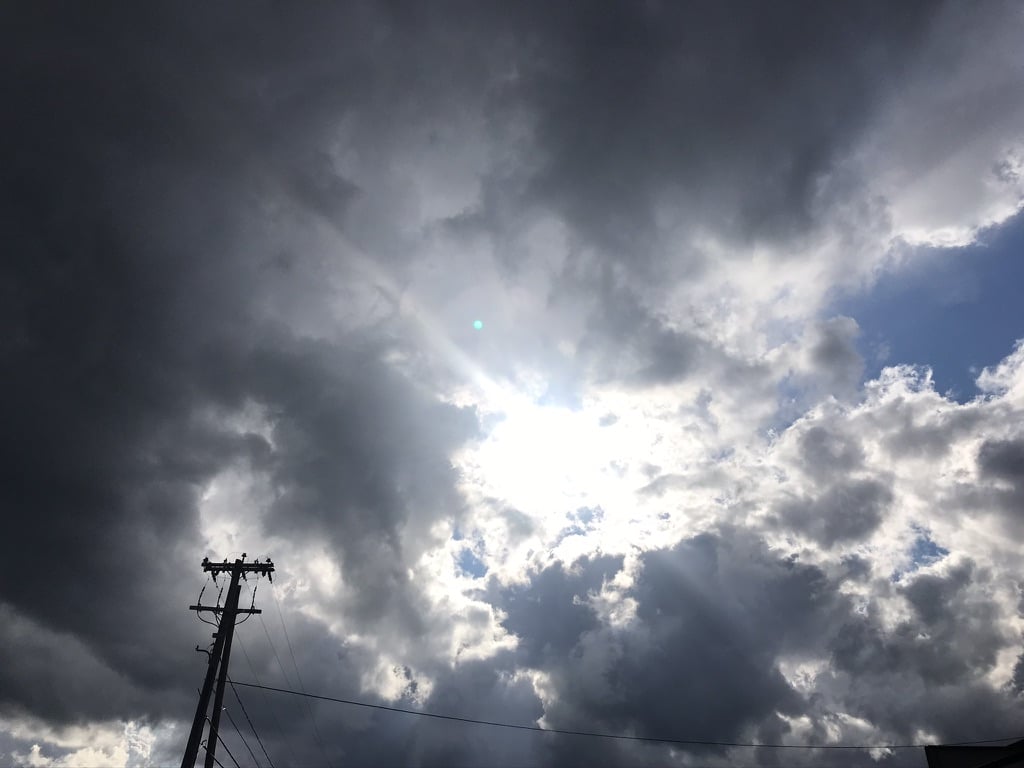