The New England Patriots won an incredible game yesterday. It was one of the most amazing comeback victories that I have ever seen, but what will be lost to the casual observer was how the comeback began when the Patriots lost the ball on a controversial fourth down play with 2 minutes and 50 seconds remaining in the game.

But all accounts, the New Orleans Saints should have been able to win the game right there and then.

Instead of running out the clock or scoring a touchdown, the Saints settled for a field goal, putting them ahead by 4. Then the Patriots got the ball back, and Tom Brady promptly threw an interception on the first play with 2 minutes and 24 seconds remaining on the clock.

Without any timeouts to stop the clock, the game should’ve been over. Again.

But the Patriots defense held, and Brady got the ball back one more time with just over a minute on the clock. That’s three possessions in a span of just under three minutes. 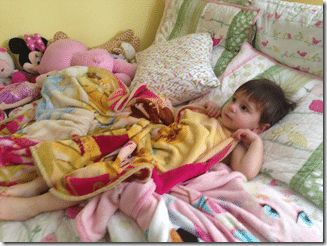 The moments leading up to the touchdown were an emotional roller coaster for me. The ball is dropped on the fourth down play, and I shout at the receiver for his stupidity. I hang my head in disgust. All hope is lost.

Then the defense holds the Saints to a field goal, and hope dares to rise in my belly. My eyes widen. My fists clench.

Then Brady throws a terrible interception and all hope is lost again. I drop to my knees and shout an unintelligible mix of groans and wails. “That’s it,” I declare. “Game over.”

But despite my despair, I keep watching, and the defense holds again. A glimmer of hope returns. A tiny flicker. I want to believe.

With less than a minute on the clock and no timeouts, the team drives down the field with precision. Receivers run routes and make catches. Brady puts the ball in their hands in stride.

Then comes the touchdown.

When Thompkins caught that ball in the corner of the end zone, I leapt to my feet in euphoria. I shouted. I screamed. I jumped up and down. I pumped my fists. I scooped my daughter from the couch and swung her through the air. We danced. We cheered. My phone began dinging with messages from equally euphoric friends who were watching the game. I was out of breath by the time I sat back down on the couch, and even this morning, more than twelve hours after the victory, my heart beats a little quicker and there is joy in my soul.

I can’t help but wonder:

If you aren’t a sports fan, and if you don’t live and die with the success and failures of a particular team, do you ever have the opportunity to experience the kind of blinding euphoria that I experienced yesterday?

Are there other moments in your life that cause you to scream and cry and leap in the air and joyously embrace strangers wearing the same colors as you?

If these moments exist for the non-sports fan, when do they happen, and do they happen nearly as much as they do for someone like me?

My wife, for example, celebrated the Patriots victory with me. She was happy for the team’s success. She was pleased with the result. But when the touchdown was scored, there was only one crazy person in the house. I was the only lunatic who couldn’t stop pumping his fists and jumping up and down and shouting.

When does someone like my wife get to experience the level of genuine euphoria that I felt yesterday afternoon?

I’m not sure that they ever do.

I’m the first to acknowledge that my love for the New England Patriots is irrational. It is a geographically-based adoration for a group of a men who I don’t really know who play a sport that I don’t play myself. I cheer for these men as they attempt to win a game against a different group of men who I despise for no good reason.

But it also brings the diehard sports fan a level of joy that can be experienced in so few other ways.

I get that chance every Sunday during football season.

It’s crazy. It’s irrational. But I pity those who don’t get to experience it for themselves.