Years ago a reader accused me of being materialistic after I wrote about my lack of a single favorite number, specifically criticizing me for saying that when it comes to my salary, my favorite number is the largest number possible.

After properly refuting the charges of materialism, I acknowledged that I had plenty of other shortcomings and offered to list them in order to appease my angry reader. Then I did. Then I added to the list when friends suggested that I had forgotten a few.

I’m happy to report that although the list remains relatively long (26 items this year), I’m removing three items from the list.

I am a below average golfer (but showing rapid improvement this year).

I think I’m an average golfer now, despite the 11 I posted today on a par-4. My most frequent golfing partners agree.

I can form strong opinions about things that I possess a limited knowledge of and are inconsequential to me.

I’ve sort of reversed myself in this regard, disavowing any opinion on subjects that I don’t fully understand, including people. Criticize a celebrity for some personal situation, and I’ll suggest you know less than 1% of that person’s life and need to shut the hell up.

I leave my credit card at restaurants far too often.

The pandemic may have admittedly played a role in this. We eat in restaurants far less often.

I tried to remove these two from the list, thinking I’d made significant progress in these areas, but Elysha emphatically said no:

I have difficulty putting myself in another person’s shoes. Rather than attempting understand the person, I envision myself within their context and point out what I would’ve done instead.

Many additions were recommended for the list. One that I added was this:

I am far too confrontational in moments when it would be safer and wiser to avoid the confrontation entirely.

It was also suggested – somewhat in jest – that my lack of coffee and alcohol intake is a problem. It’s not.

With all of that, I present:

3. I have difficulty putting myself in another person’s shoes. Rather than attempting understand the person, I envision myself within their context and point out what I would’ve done instead.

4. I do many things for the sake of spite.

5. I have an unreasonable fear of needles (though my PTSD definitely plays a role in this).

6. I become angry and petulant when told what to wear.

8. I become sullen and inconsolable when the New England Patriots lose a football game that they should’ve won.

9. I lack adequate empathy for adults who are not resourceful or are easily overwhelmed.

10. I am unable to make the simplest of household or automobile repairs.

12. I am uncomfortable and ineffective at haggling for a better price.

13. I am exceptionally hard on myself when I fail to reach a goal or meet a deadline that strikes me as reasonable.

14. Sharing food in restaurants annoys me.

16. My dislike for ineffective, inefficient, or poorly planned meetings causes me to be unproductive, inattentive, and obstructionist at times.

17. Disorganization and clutter negatively impacts my mood, particularly when I cannot control the clutter myself

18. I am overly critical of my fellow storytellers, applying my own rules and standards to their performances.

19. I lack patience when it comes to assisting people with technology.

20. I don’t spend enough time with my best friend.

21. I have a difficult time respecting or celebrating someone’s accomplishments if economic privilege, nepotism, or legacy assisted in their success in some way.

22. I believe that there are right and wrong ways of parenting.

24. I wear my wireless headphones way too much.

25. My blog entries contain far too many typos, despite my loathing of typos.

26. I am far too confrontational in moments when it would be safer and wiser to avoid the confrontation entirely. 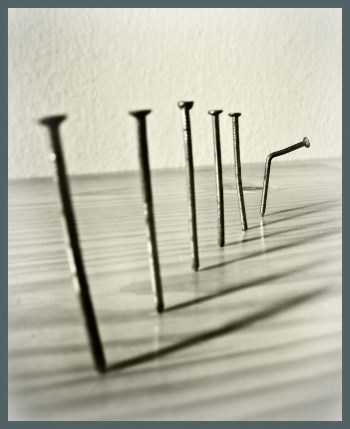