My retired friend, Rob, texted me this photo and message last week in an attempt to hurt me.

Before it was photos of golf, Rob used to send me photos from his many hikes during the school day in an attempt to hurt me. These were far less effective. Hiking aimlessly in the forest – often alone – sounds to me like a horrendous use of time. Granted, I was still toiling away in the mines and he wasn’t, but still… a view of a path through the forest was hardly envy inducing.

It worked. This photo hurt.

I was leaving a meeting, heading back to a classroom of fifth graders, when I saw this message. The image struck a real blow to my psyche, especially given that I can’t play any golf for three months thanks to my surgery.

But there was also this:

Rob was on the golf course because back in May, I finally convinced him to play the game. I lent him a set of my old golf clubs and dragged him to the golf course for his first round on a warm, spring day.

Since that day, he’s played more than 50 times this season. More than twice per week on average. I spent many a summer day playing golf with him.

I’m so happy to have brought such a glorious game into his life.

I did this for another friend almost a decade ago. He’s also found great joy in the game despite it bordering on an obsession at times.

It makes me supremely happy to know that I’ve altered the course of someone’s life in a positive, meaningful, lasting way, even if the only gratitude they can muster is a purposefully hurtful photo in the midst of a difficult work day.

He probably triple bogied the hole. 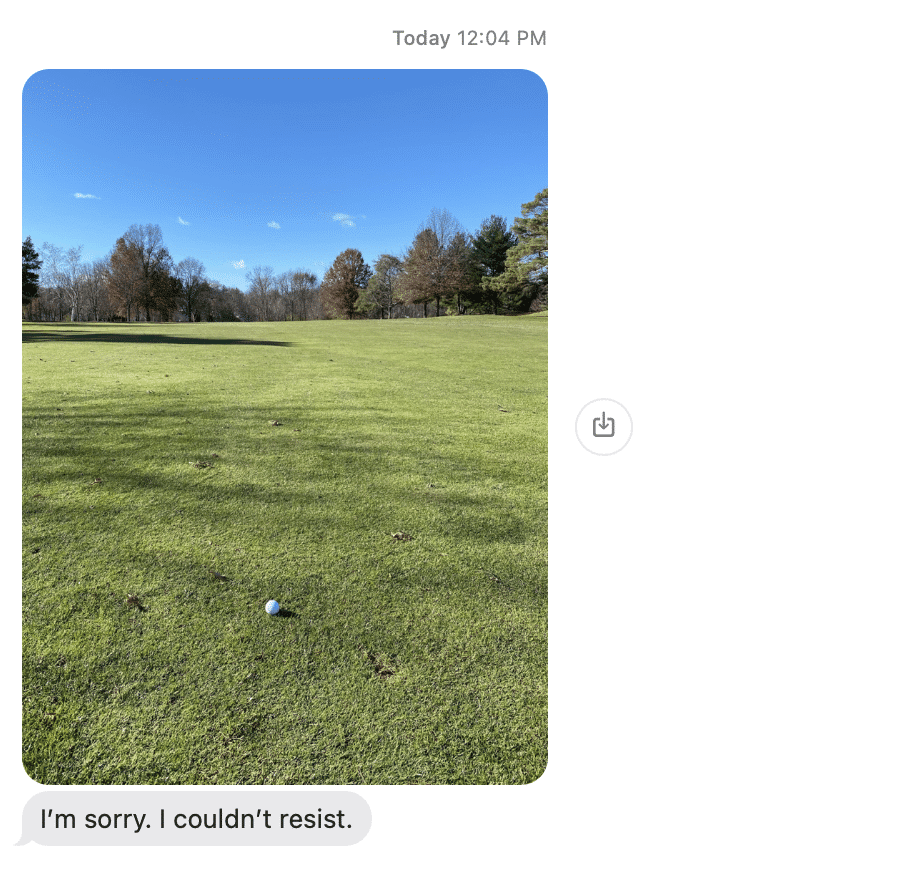