He is an aggressive rule follower, which can really annoy me at times.

But while playing golf the other day, we sat on a bench while waiting, where he found this small bit of graffiti.

Despite being graffiti and an unequivocal example of someone who didn’t follow the rules, Charlie nevertheless approved.

I guess that despite his strident positions, he’s capable of making exceptions when it comes to certain, specific things. 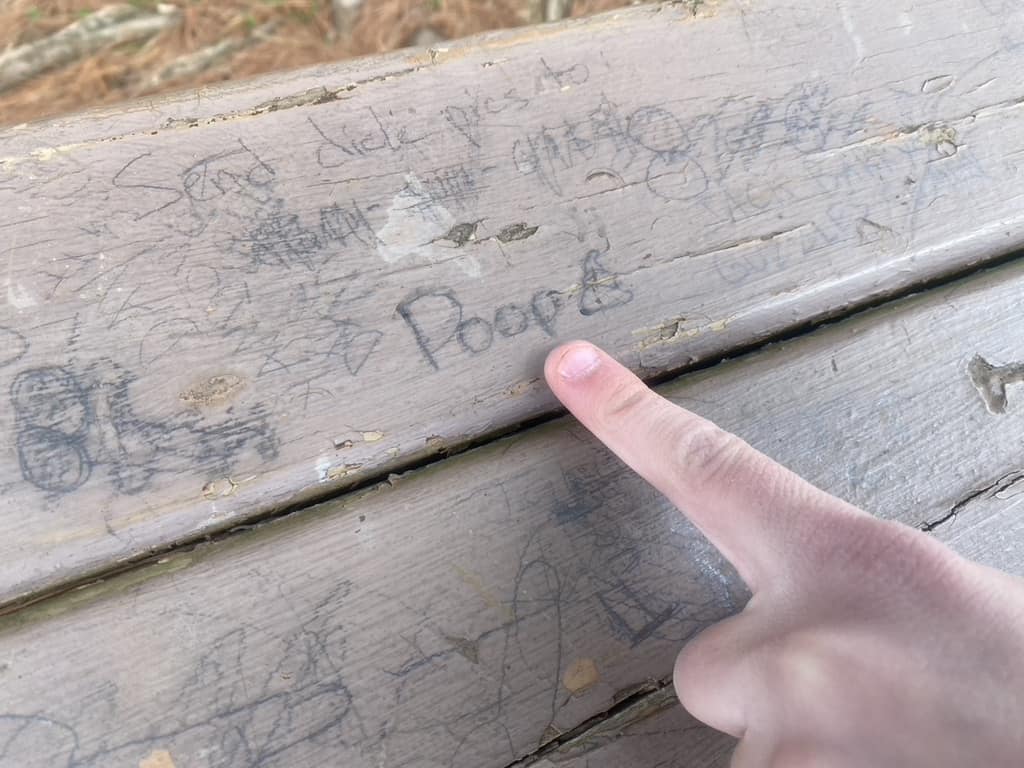