A few years ago, I’m teaching storytelling to former gang members who now work in the community, helping teenagers avoid the same mistakes that led them to their imprisonment.

During lunch, one of the men approaches me and says, “Where did you do your time?”

It takes me a second to understand what he means. Finally, I say, “No. I’ve been in jail before but never prison.”

He cocks his head and stares at me for a moment. Stares through me. “Funny,” he says. “You have a prison look about you.”

I’m thrilled. I have a prison look about me. When I tell my friends about what was said, they agree.

Oddly complimentary. One of my friends texts back, “I’m so jealous.”

It’s not that I want be in prison. I just like the thought that I look tough enough to have once been in prison.

Earlier this week I received an email from a reader praising my second novel, “Unexpectedly, Milo.” The book, he explains, had been passed to him by his neighbor, but not just any neighbor:

“I feel obligated to mention that my neighbor was not adjacent to me in the traditional sense of housing, but rather one of judicial confinement.”

My book is being passed around prison.

I find myself oddly thrilled once again. My books have been translated into more than 20 languages, and I hear from people all over the world who have read and enjoyed my stories.

I once met via Zoom with a book club of Saudi women wearing burkas.

I’ve heard from a number of Mexican teenagers demanding that I explain the epilogue of “Memoirs of an Imaginary Friend.”

I recently learned that the National Library of Singapore stocks all six of my novels, as well as “Storyworthy.”

But prison? “Unexpectedly, Milo” is being passed around a prison? 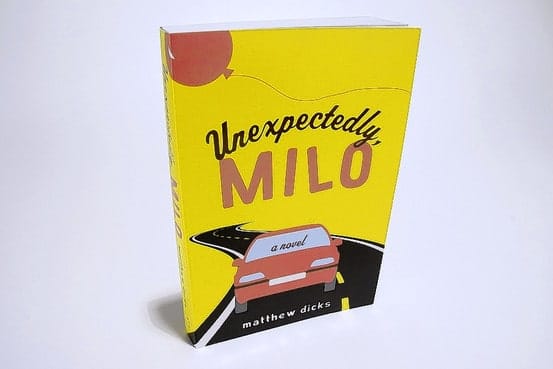