I was listening to a well known podcaster interview a well known actor this weekend. They were discussing the actor’s most recent performance.

Podcaster: You get to panic in a scene pretty quickly. Panic is never that far away. Right?

Actor: I don’t think panic is so far away from any of us.

Later that same day, I was watching a clip from a late night talk show when this was said:

Talk show host: It’s been almost a full year of pandemic, and I think I’m starting to lose my mind.

Actor: I don’t think there’s a person in this country who hasn’t lost their mind a little.

The next day, while listening to a podcast that featured a discussion between two comedians:

Comedian #2: I think most of us live in a constant state of fear.

Last week, in the incident that started all of this, a talk show host was speaking to a musician:

Talk show host: How much music have you written during the pandemic?

Musician: Almost none. I just can’t do it. I thought I would have all this time to work, but I can’t find the energy.

Talk show host: It’s not just you. I think a lot of us thought that we’d be productive during lockdown, but who can be productive when you can’t leave your house?

This last exchange was the one that initially sent my blood boiling.

Who can be productive without leaving their house?

I wanted to jump through the screen and say, “How about Taylor Swift? She wrote, recorded, and released two albums during 2020. TWO! Every song written and recorded during the pandemic. And both albums went to #1 on the charts.”

If you haven’t accomplished much of anything during this pandemic, I’m certainly not judging you. The trauma, suffering, anxiety, and fear in a person is utterly unknowable. Early in the lockdown, Swift admitted that instead of writing and recording music, she was drinking wine, cutting her own hair, and sending money to unemployed fans on the internet. Had she spent the last year doing just these things, I would’ve thought it completely understandable and fine.

But eventually, she got to work.

I did, too. I wrote a book and a half during the pandemic. Moved my business online and transformed it entirely. Began workin a solo show and musical. Crafted a dozen new stories.

I’m not always close to panic. In fact, I never feel panicked. Not even close. I can’t remember the last time I panicked, yet some actor casually assumes that we’re all not so far away from panic.

Why? Does she really believe that nonsense? Is she really so self-centered to assume that her truth is also everyone else’s truth?

I’m also not losing my mind in the midst of this pandemic, despite an actor who seems to think that everyone has lost their mind to some degree over the last year. Unless I’m mentally ill and don’t know it, I never came close to losing my mind over the past 12 months. There have been moments of struggle, of course, but losing my mind? Never. In fact, my wife, Elysha, has often said that I am an outstanding pandemic companion.

Why would someone assume that everyone shares their same mental state?

I also don’t live in constant fear, despite the confident assertion of a comedian. Does he really think that every person on the planet is experiencing fear on an ongoing, persistent basis? I know I’m not, and I can probably name another two dozen people who feel similarly without even trying.

So why assume that your struggle is everyone’s struggle?

Broad, negative assumptions like these annoy me to no end.

“I know that we’re all feeling overwhelmed right now.”

“I know that everyone’s plate is already full.”

“I know we’re all feeling a little lost right now.”

There is nothing wrong with feeling any or all of these things yourself. These are completely reasonable, fully understandable states of being. But listening to someone assume that I am feeling that way, or anyone else is feeling that way, is infuriating to me.

To all of these people, I say, “Shut up.” Revise your damn pronouns. Stop saying ‘we’ and start saying “I.”

I, Matthew Dicks, happen to be a calm, self-assured, unafraid, highly productive ball of energy, always ready with a little more room on my plate and eagerly prepared to transform a challenging situation into utterly achievable milestone.

I, Matthew Dicks, also happen to be suffering from a constant existential crisis. I struggle at times with post traumatic stress disorder. I can be exceptionally hard on myself depending upon the situation. I still crave the attention of a deceased mother and a father who exited my life when I was a little boy and never really returned. I couldn’t watch the Super Bowl this year because I’m still too angry at Tom Brady.

But would I ever assume that you might be battling similar demons?

No. Of course not. I don’t assume the worst. I don’t lump everyone else into my mania. I don’t pretend that the world feels the same way I do. I am not predisposed to assuming that everyone is as screwed up as I am.

Maybe it’s easier to admit to your struggle if you pretend that it’s commonplace. Maybe you can’t bear the thought that you might be going it alone. But that doesn’t give you license to assume that I’m the same frightened, nonproductive, panic-riddled, mentally ill person who you might be.

Leave me out of it. 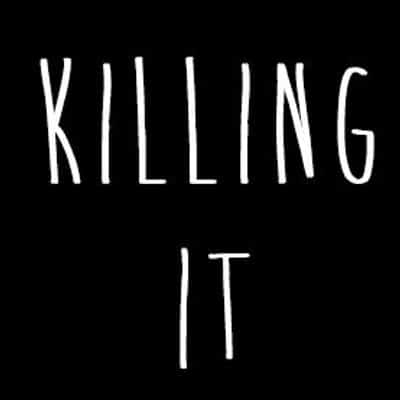