Trump tweeted about the weather at least twice last week, calling into question climate change and global warming given the cold temperatures that have recently gripped the nation.

This is so stupid and so dangerous. Climate change is one of the greatest threat to our country. American intelligence agencies, including the Pentagon, have said so repeatedly.

And the science is clear and peer-reviewed. Seventeen of the warmest years on record have occurred in the last 18 years, according to the National Oceanic and Atmospheric Administration.

Isn’t that enough evidence? In the 169 years that we have been methodically recording global temperatures, the last 18 have been warmer than the previous 151. Beyond the mountains of data collected by climate scientists, isn’t that enough to convince even the most willfully ignorant that climate change is happening?

When faced with one of these climate-denying morons (like Trump) or someone who is honestly and naively questioning the science because of an especially harsh cold spell, this xkcd comic might be helpful: 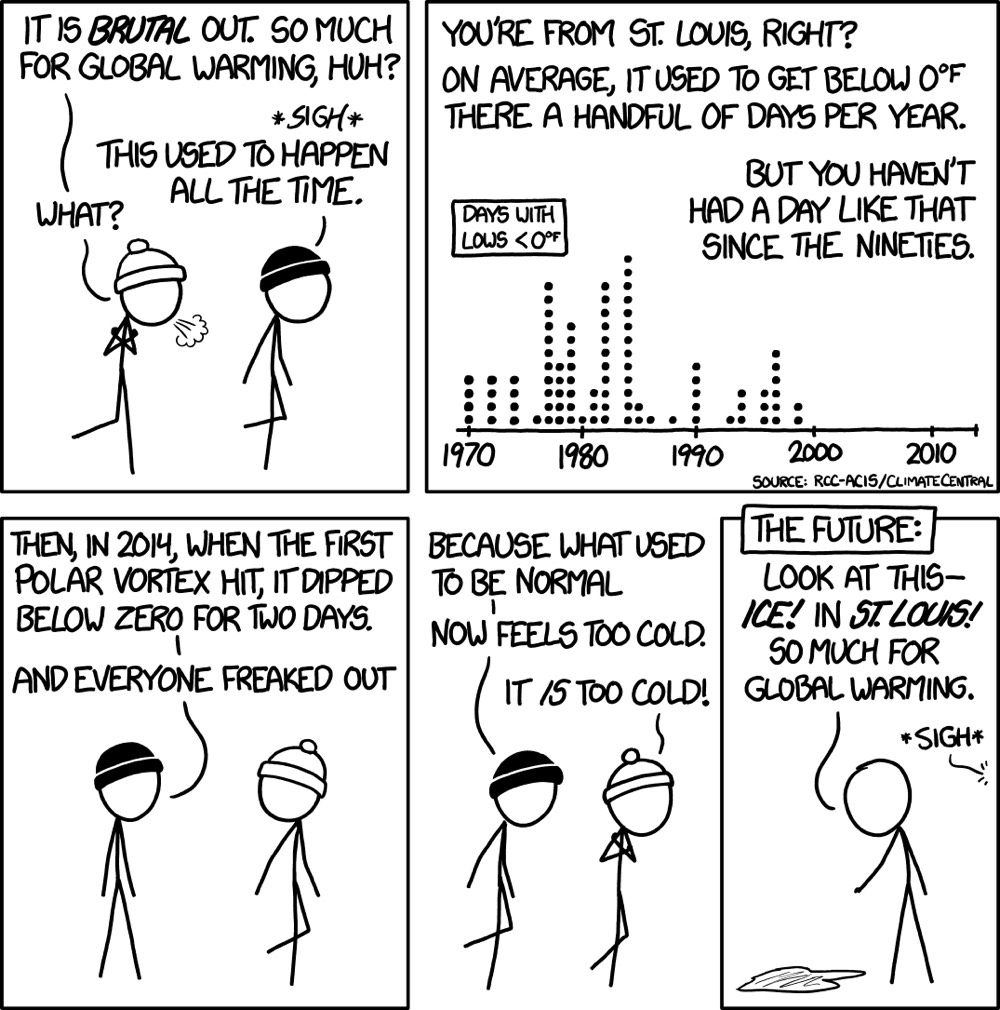