A student recently asked me if Uggs were invented in colonial times.

In researching the origins of Uggs, I found some interesting bits of information. 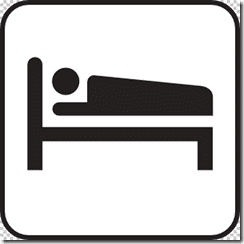 Ugg boots originated in Australia and were originally designed solely for  warmth. They were most often worn by Australian surfers during the 1960s who needed something warm to wear after emerging from the ocean.

Their name is derived from the fact that they are ugly, or at least were perceived as ugly when first invented.

They still are ugly, of course, but I try not to criticize another person’s choice of clothing because I am not an infantile scumbag.

After movie theatres in Sydney banned ugg boots (the name not yet trademarked) and ripped jeans in the late 1960s, the footwear became popular in the youth market as a sign of rebellion.

Making something illegal is often the best way to make it even more popular (a lesson that conservatives don’t seem to ever understand).

In the 1970s, the boots were introduced to the surf culture of the United Kingdom and the United States by local surfers returning from surfing competitions in Australia.

Then in the late 1990s, Uggs became a fashion statement in America, mostly because a few women who pretend to be other women decided that they wanted to keep their feet warm by wearing Uggs, and Uggs were mistaken by women who want to be other women as fashion forward.