I know the film is 24 years old, but I’m still annoyed:

Sid, Andy’s next door neighbor, was portrayed as the antagonist in Toy Story simply because he liked to take toys apart and reassemble them in new and creative ways.

Yes, perhaps if you are a toy, this is not a good thing, but should we expect Sid to be aware that his toys might be secretly sentient, filled with hopes and fear?

Of course not. Yet at the end of the film, Woody goes rogue and reveals himself to be alive. Not only does he speak to Sid, but he gets dark and creepy while doing so, scaring the bejesus out of this poor kid.

As a child, I would throw my toys out of the window of my second floor bedroom onto the gravel driveway to determine which would break. Was I evil or even wrong to wonder if my Sho-Gun Warrior could survive a 15 foot plunge to the Earth?

My sibling and I would take great pleasure in jamming Weebles into the crack between the door and the wall then slamming the door so that the Weebles would explode into dozens of pieces.

Did this make us rotten children or simply curious kids who liked to experiment on the toys we had stopped playing with long ago?

Sid was a normal child with a creative, experimental mind. Yes, he tormented his sister, but what brother doesn’t? Yes, he was apparently kicked out of summer camp, but many creative people throughout history were misunderstood. Pixar tries like hell to make Sid look bad with a skull on his tee-shirt, but this is an ordinary kid who likes to makes things, take things apart, and even occasionally blow things up.

Unless of course you’re being compared to stick-in-the-mud rule-follower Andy.

Woody’s “Play nice” warning to Sid at the end of the film was cruel and unnecessary. When we see Sid again in Toy Story 3, he is listening to heavy metal music, working as a garbage man.

Nothing wrong with being a garbage man (my father worked as a garbage man for a time), but it’s not exactly a cinematic ending for this poor boy, who is probably tormented for the rest of his life with the knowledge that at least one toy in this world (and probably others) are alive, sentient, and mean.

Sid isn’t the bad guy here. Pixar is the real bad guy for portraying a spirited, creative boy as a villain. 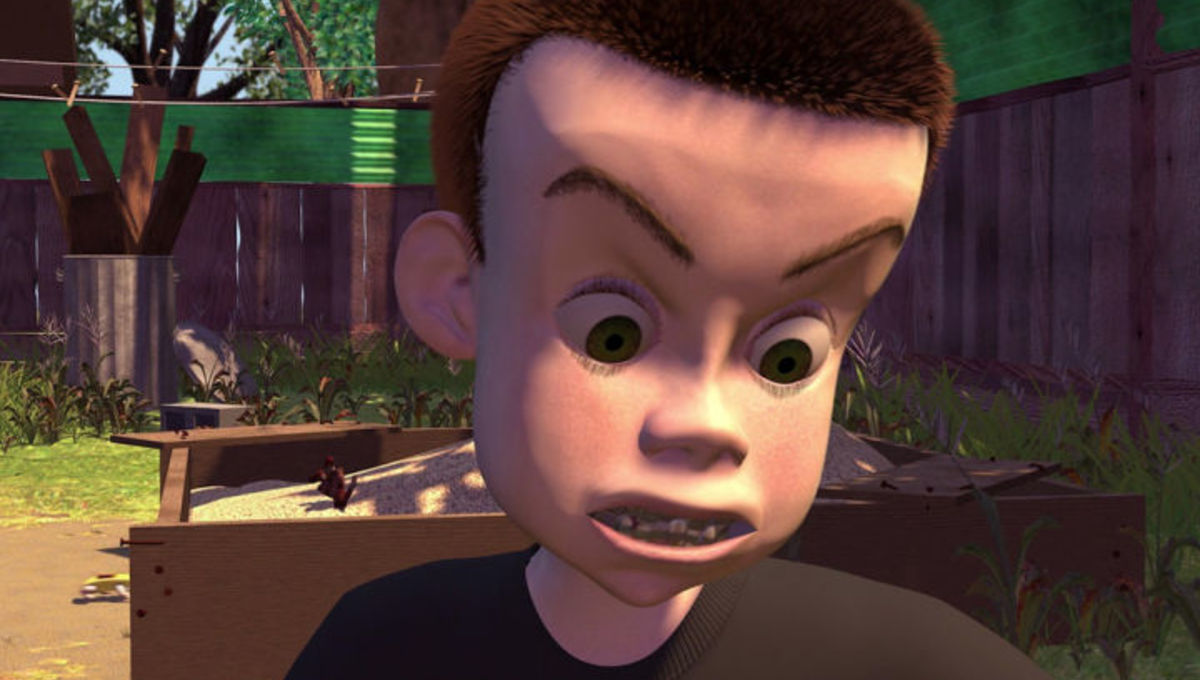