The universe works in mysterious ways.

On Saturday night, I told a story in my solo show about doing a back bend after a couple of relentlessly enthusiastic and unbelievably supportive fifth grade girls convinced me that it could be done.

I did not believe them until it actually happened. I still didn’t believe it even after it happened, so I did a second back bend while one of my students snapped a photo of the moment. 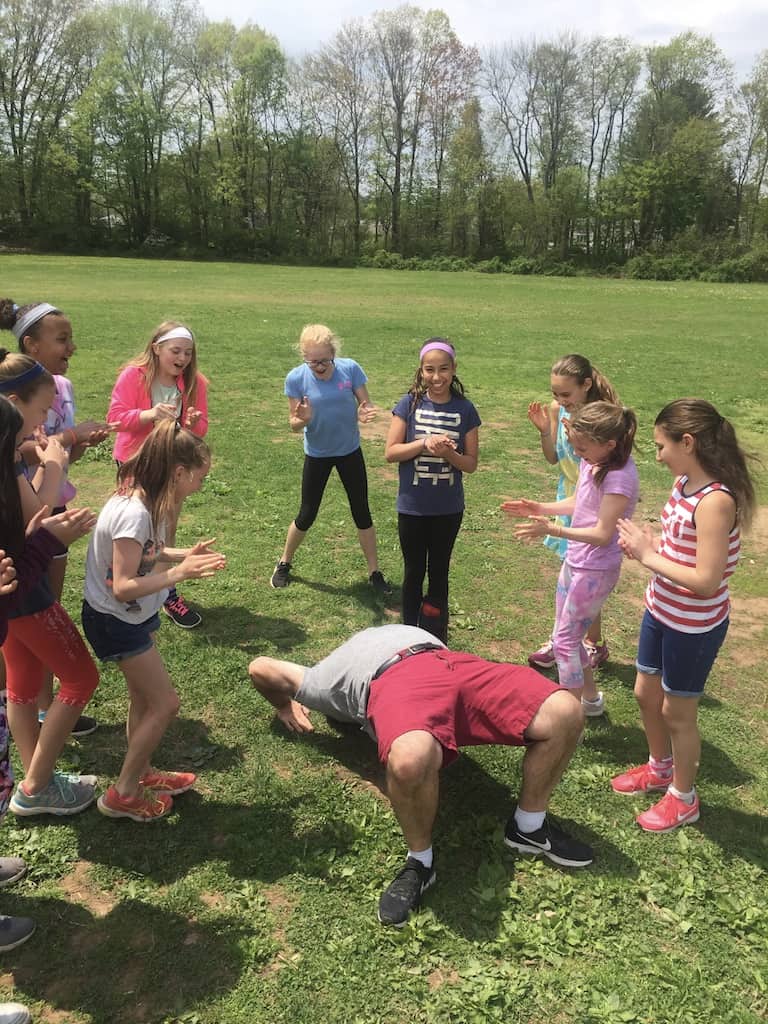 I still can’t really believe it. When the sun casts my shadow on the ground, it looks like a rectangle with a square on top. Charlie has said that I look like I was built from Minecraft bricks. I’d never done a back bend in my life. I can barely turn to swing a golf club.

Yet I did a back bend. Several, in fact.

Prior to the show on Saturday, I went on a bike ride to tell myself the back bend story and work out the kinks. While riding on the other side of town, I crossed paths with a group of teenagers who were also riding bikes. As we passed through an intersection in opposite directions, one of the boys asked, “Can you pop a wheelie?”

I didn’t respond. I didn’t think he could be speaking to me.

He repeated, “Can you pop a wheelie?” This time he stared at me. Made eye contact.

“Keep trying!” the boy shouted, sincerely and earnestly as he disappeared around the corner.

I couldn’t believe it. While working on a story about children convincing me to do a back bend, a teenage boy – a complete stranger –  encouraged me to keep trying to pop a wheelie. Out of the blue, some random kid offered me the same kind of ridiculous positive encouragement that I was going to describe in my story two hours later.

I’ve been working on popping a wheelie ever since.