I hear it often.

“He wasn’t going to let something like cancer take him down.”

“I fought long and hard and beat the disease.”

I get it. Truly, I do. If you fight a battle against a deadly disease for months or years, or you watch a loved one engage in such a battle, your instinct is to feel victorious.

And you are. I take nothing away from your struggle or survival.

But the implication in such statements is that folks who succumb to cancer did not fight hard enough. Didn’t kick cancer’s ass. Allowed cancer to defeat them.

Listening to someone rightfully boast about how they kicked cancer’s ass, knowing that your mother or brother or husband fought just as hard hell but did not survive, doesn’t feel great.

While I know that a certain degree of strength and stamina, coupled with a positive spirt, is often required to beat the disease, the truth is that most people beat cancer because of five factors:

Early detection, for example, is key to beating most cancers, but if you don’t have healthcare insurance, you are far less likely than to have your cancer detected early. And when it comes to treatment, your healthcare or income level may afford you access to the best cancer treatment centers in the world, whereas someone without healthcare or the means to travel to these world renown treatment centers might be left waging their battle at a small, regional hospital with far less expertise and experience.

If you can rest and recuperate during your cancer treatments, you are in a much better position to wage your war. But if you are an hourly employee with a family that depends on your paycheck and no paid sick leave, that luxury might not be possible.

The type of cancer also plays an enormous tole in your battle. Some cancers are simply much more difficult to defeat than others. In some cases, you can be the most badass cancer warrior of all time and still lose your fight in the end.

Genetics also play an enormous role. If you are battling your cancer while also suffering from underlying symptoms of a genetic condition, your battle will be much harder and perhaps impossible to win. Some people also respond better to treatment than others, not because of how hard they fight but simply because of who they are.

Then there’s plain old good and bad luck. You get hit by a car in the parking lot outside of Starbucks, and during a scan of your broken leg, a mass is discovered just above your knee, just in the nick of time.

Or your colon cancer goes undetected because you were 48 years-old at the time, and colonoscopies are recommended for most men at the age of 50.

Or you were born in the United States into a stable, upper middle class home where education, nutrition, and healthcare were affordable. As a result you were able to battle the disease with far greater advantages than the Syrian refugee or the child living in squalor in a favela in Brazil.

We like to think that our sister defeated cancer because she is a badass warrior, but the fact that she wasn’t living in a refugee camp in Turkey played an enormous role, too.

All of these factors play a huge role in beating the disease.

So while I hope that every living human being who face cancer defeats this insidious enemy and is victorious, I would like these warriors to be a little less publicly triumphant.

For every badass cancer survivor alive today, there are countless cancer warriors who were just as badass as those survivors who tragically lost their fight. 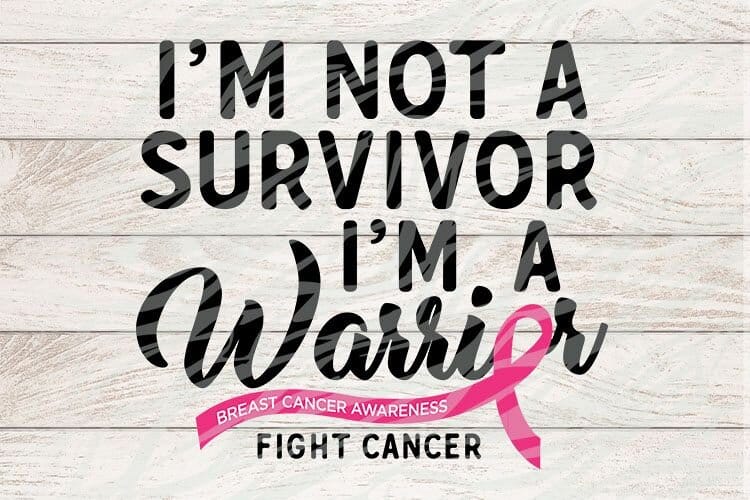