I read that smiling when you wake up can be very beneficial. Supposed health benefits include:

This is all supposed to happen even if your smile is forced. I’ve written before about how you can trick your brain through biofeedback (including smiling), but I really couldn’t see how a fake smile early in the morning would change anything about my day.

So I tried. Back in July, I ran an experiment. Every morning, while I put on my socks and shoes, I forced a smile. Some days were easier to do this than others, but thanks to the cats, who like to chase my shoelaces as I tie my shoes and are almost always underfoot during this sick and shoe process, it turns out that smiling wasn’t hard. It was almost always initially forced, but the inspiration of the cats often transformed a fake smile into a genuine one.

Did it change my mood? Make me feel better about the coming day?

This, of course is a hard thing to measure. I’m also fairly excited about the beginning of every day. I practically leap out of bed every morning, thrilled to escape the bed, usually without the need for an alarm, sometimes between 4:00 AM and 5:00 AM. On a typical morning, I was feeling pretty good already, but I have to say that forcing a smile on my face, even when completely fake, did seem to make me even happier and more optimistic about the day. It felt lighter and more energetic, and the world seemed a little bit brighter and more hopeful.

Maybe this was simply wish fulfillment taking place, but I began the experiment thinking that the idea that forcing a smile could brighten my day was ridiculous, so I didn’t expect or even want this research to be proven true.

Either way, it seemed to work for me. My forced smile improved my mood and general disposition.

So much so that I’m still doing it. Every day. It’s become a part of my routine.

Did it also strengthen my immune system? That’s also hard to tell, but I’ll say this:

Since I began the experiment back in July, I haven’t been sick once. Of course, July through October are not exactly the months when people often fall ill, so perhaps my relative health is simply the effect of season and not a strong immunity system.

But maybe it’s a little stronger. Who knows?

Either way, I recommend making the forced smile a part of your morning routine. As I always advise people who are trying to create new habits, attach the new habit to another part of your routine that happens every day. For me, it was socks and shoes.

I’m not asking for much. It requires almost no effort. And according to science, and to me, it works.

Start your day with a smile. 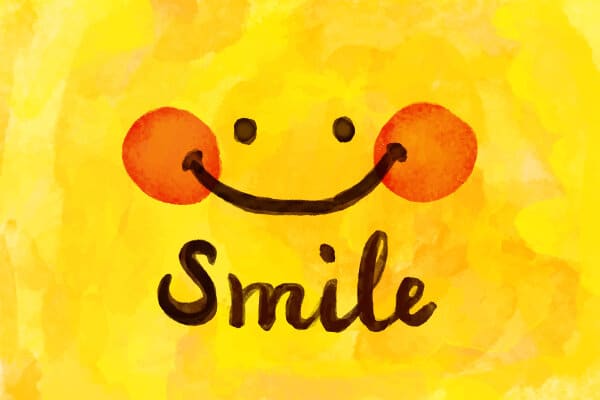