Wondering what kind of information Supreme Court Justice Brett Kavanaugh might include on BrettKavanaugh.com now that he has won his confirmation?

We’ll never know. He doesn’t own the domain.

The domain BrettKavanaugh.com is now a dedicated forum for helping sexual assault victims and ending rape. The website, titled “We Believe Survivors,” was purchased by Fix The Court, which advocates for judicial transparency.

The domain and similar sites ending in .org and .net was purchased three years ago with the idea they could be “useful in any forthcoming Supreme Court confirmation battles,” the organization’s executive director, Gabe Roth, said. 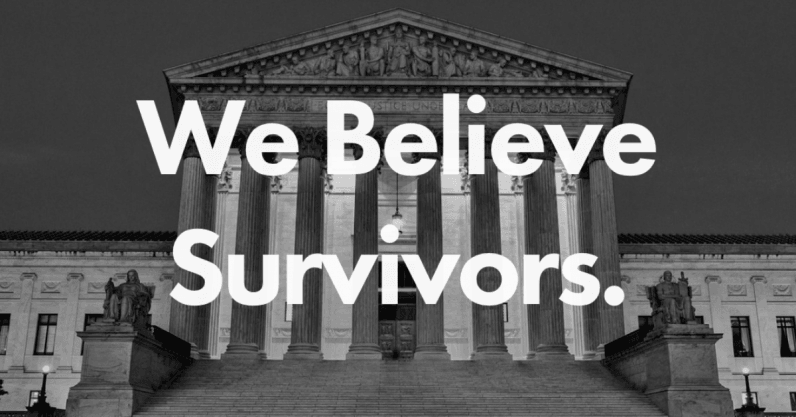 Why Brett Kavanaugh didn’t purchase this domain years ago is beyond me.

Perhaps he was drunk with Squee at the time, writing crude, sexually explicit, and publicly shaming comments about Renate Schroeder in his yearbook.

When I see a new platform gaining steam, I grab my name just in case.

Even Donald Trump doesn’t own his Twitter handle. Instead, he is @realDonaldTrump.

Someday Clara and Charlie are going to be very pleased about their genius father’s foresight and planning. To have a domain that actually matches your name is already unusual. It will only become more uncommon in the future, particularly when so much of our lives exist on the Internet.

I recommend that parents do this for their children.

I plan on telling my kids about this great news when:

I was a Boy Scout. I believe in being prepared.