It occurred to me during a visit with my sister that my brother, my sister, and I have all been hit by cars in our lifetimes. 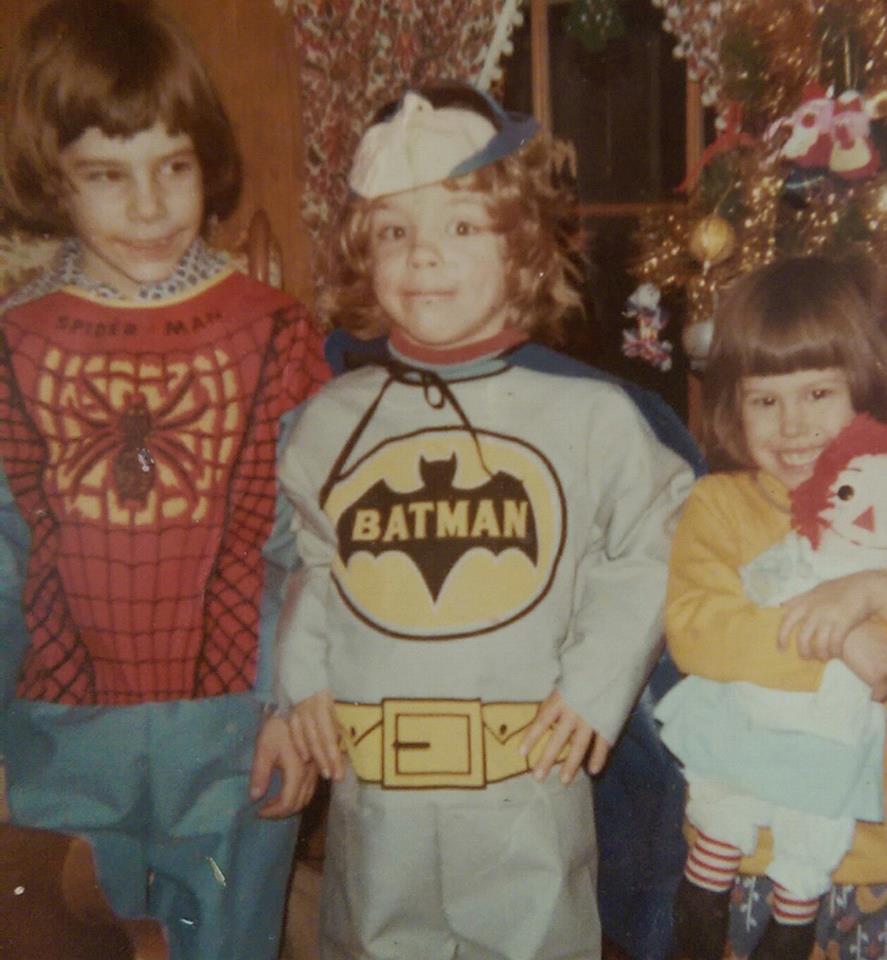 “YES,” she replied, emphatically.
____________________________
My younger brother, Jeremy, was hit by a car while riding his bike when he was about ten years-old. We were riding home together on a Saturday morning. I was in the lead, about 50 feet ahead of my brother. I looked over my shoulder, checked for oncoming traffic, and turned left onto our street.

Jeremy assumed that I was checking the traffic for him as well and followed me without looking for himself. He was hit by a car traveling about 40 MPH and thrown off his bike, over the hood of the car, and onto the pavement. He broke his arm, tore open his head, and broke his glasses into two pieces at the bridge. He would later tape his glasses back together in the hospital with medical tape and write the letter J on the tape.

They wouldn’t be replaced for more than a year.

My sister recalls me calling home to let me parents know that Jeremy had been hit and that the ambulance was on the way. When my mother answered the phone, I said, “Mom, I need to talk to Dad.” After telling my stepfather what had happened, I warned him not to tell Mom.
____________________________
My sister was hit by a car as an adult while crossing a four lane highway on a Saturday night. Her shoes were found 87 feet from her body. She ended up in a bed and then a wheelchair for more than a year, and she still has screws sticking out of her elbow.

When she called the police officer who had collected her personal belongings at the scene of the accident, his first response was, “You’re still alive?”
____________________________
I was hit by a car in a head-on collision with a Mercedes on December 23, 1988. My head went through the windshield but my legs became embedded in parts of the dashboard. I actually died at the scene and was brought back to life in the ambulance.

You can read about my accident in detail here or listen to my onstage version of this story here.

The question that lingers is this:

I’m honestly not sure.