Yesterday, during our sailing lesson, Elysha and I watched as an empty sailboat passed by. The pilot was in the water behind the boat, cooling off and hidden from us by the hull.

“It’s like the Mary Celeste,” I joked, then quickly added, “Only Clara would get that joke.”

But Elysha, who was piloting our boat, said, “No, I get it.”

Of course she did. How could I doubt her?

It led me to think of all the things that Elysha and I have enjoyed together over the years. Elysha is a sophisticated and artsy woman. She can walk through a museum and identify artists simply by examining the work. She’s well read. She remains exceptionally current on the state of politics and pop culture. She’s a culinary wizard. She’s attended a great deal of theater over the years, knows more about music than anyone I have ever met, and has traveled far more extensively in her life than I have.

But in addition to all of this, Elysha also adored Buffy the Vampire Slayer. Battlestar Galactica. Game of Thrones. During the pandemic, we watched every Marvel movie in order, and we’ve been watching Marvel’s television shows as they are released.

She’s seen every Star Wars film. Lord of the Rings.

During our first date, we were sitting on my awful futon, deep in conversation, when Elysha said, “It’s 6:00. The Simpsons are coming on. Do you mind if we watch?”

I should’ve proposed marriage at that very moment.

Of course Elysha understood my Mary Celeste reference. In an odd but beautiful way, this intelligent, sophisticated, cosmopolitan woman also has a 16 year-old boy inside her, allowing her to find great pleasure in content that often seems diametrically opposed to the woman who can identify two dozen types of cheeses by taste, lecture you on the biography of Ruth Bader Ginsberg, identify a song by Bjork after four notes, and dissect the work of David Hockney.

It’s a glorious combination. Also a little intimidating. I honestly don’t know what she sees in me sometimes.

Today Elysha and I celebrate 15 years and one day of marriage.

It’s unrealistic to celebrate every single day of marriage, but sometimes an extra day or two makes a lot of sense. 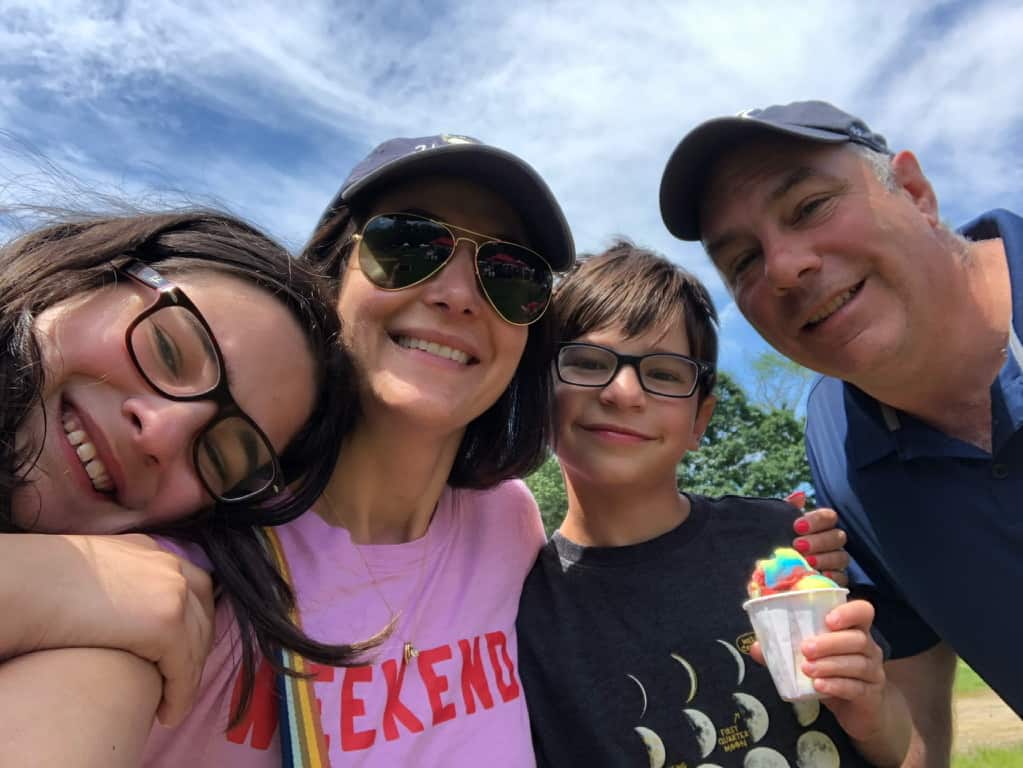