Six days after we nearly lost him, Pluto is finally home.

His brother, Tobi, apparently doesn’t recognize him because all he does is hiss at him constantly. A combination of the shaved backside, the cone, the absent penis, and the myriad of new smells have the poor guy confused, but hopefully he’ll come around soon. And that cone was quite uncomfortable when Pluto nuzzled his head into the crook of my neck for most of the night, but it’s all fine.

The doctor and nurse who discharged him yesterday evening were both in the ICU when I brought Pluto in on Saturday. Both of them could not believe that I was bringing him home today.

“He was dead when you brought him in on Saturday,” the nurse said. “Dead. I didn’t think he had a chance opf getting him back.”

The doctor told me that they were calling him the miracle cat. “Even if he survived, I never thought he’d be so healthy and normal again.”

It also turns out that Pluto and I have something in common now:

Near-death experiences. I’ve had two and he’s had one. Hopefully his last.

Thanks for all of the kind words and well wishes. It’s meant a lot. He’s got three weeks of this cone before his suture removal in mid-July, so it’ll be a little annoying for a little while, but he’s sitting across my forearms as I type these words, his tail occasionally swishing across the keyboard, slowing me down and causing the occasional typo, but I wouldn’t have it any other way. 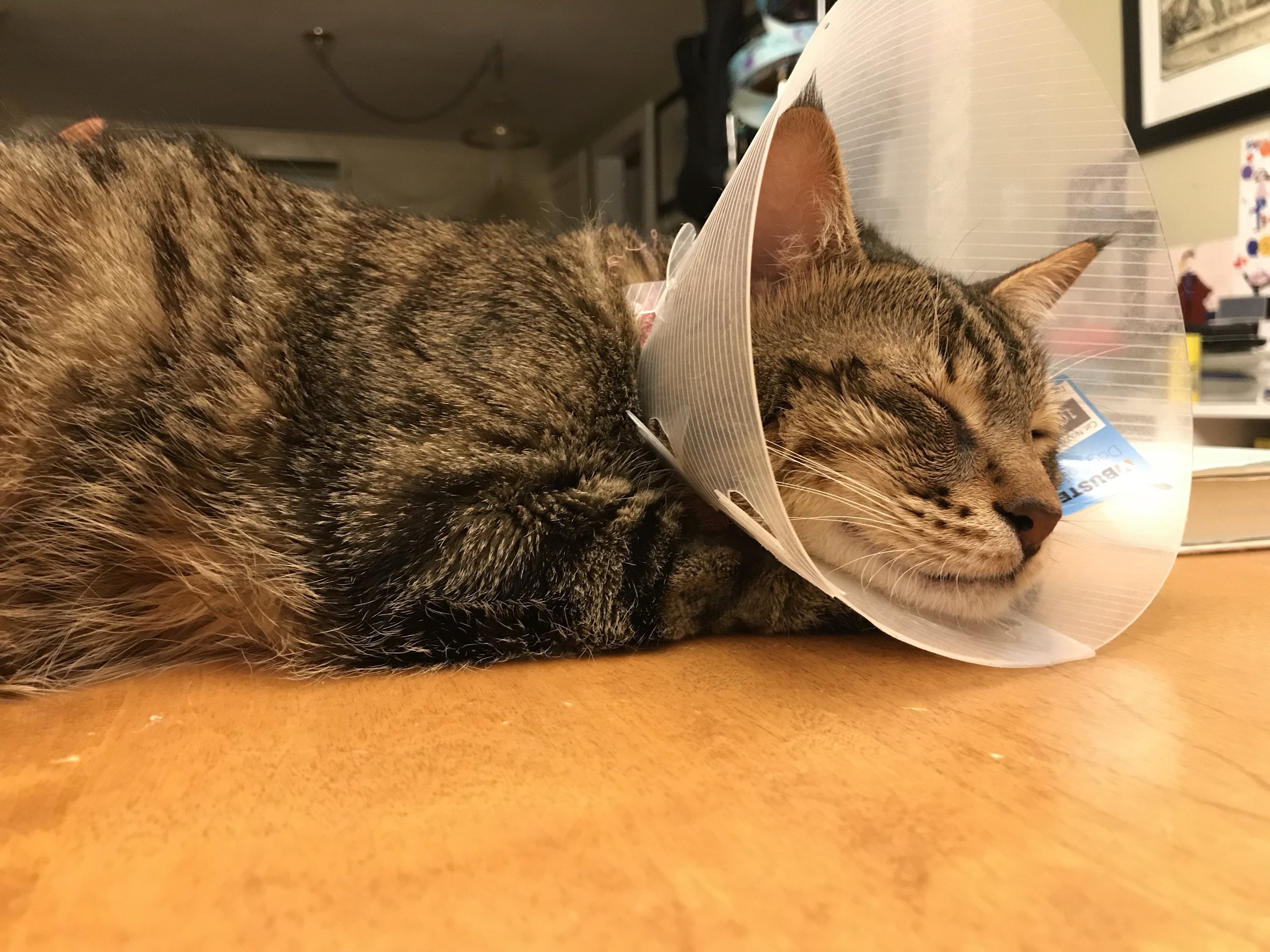 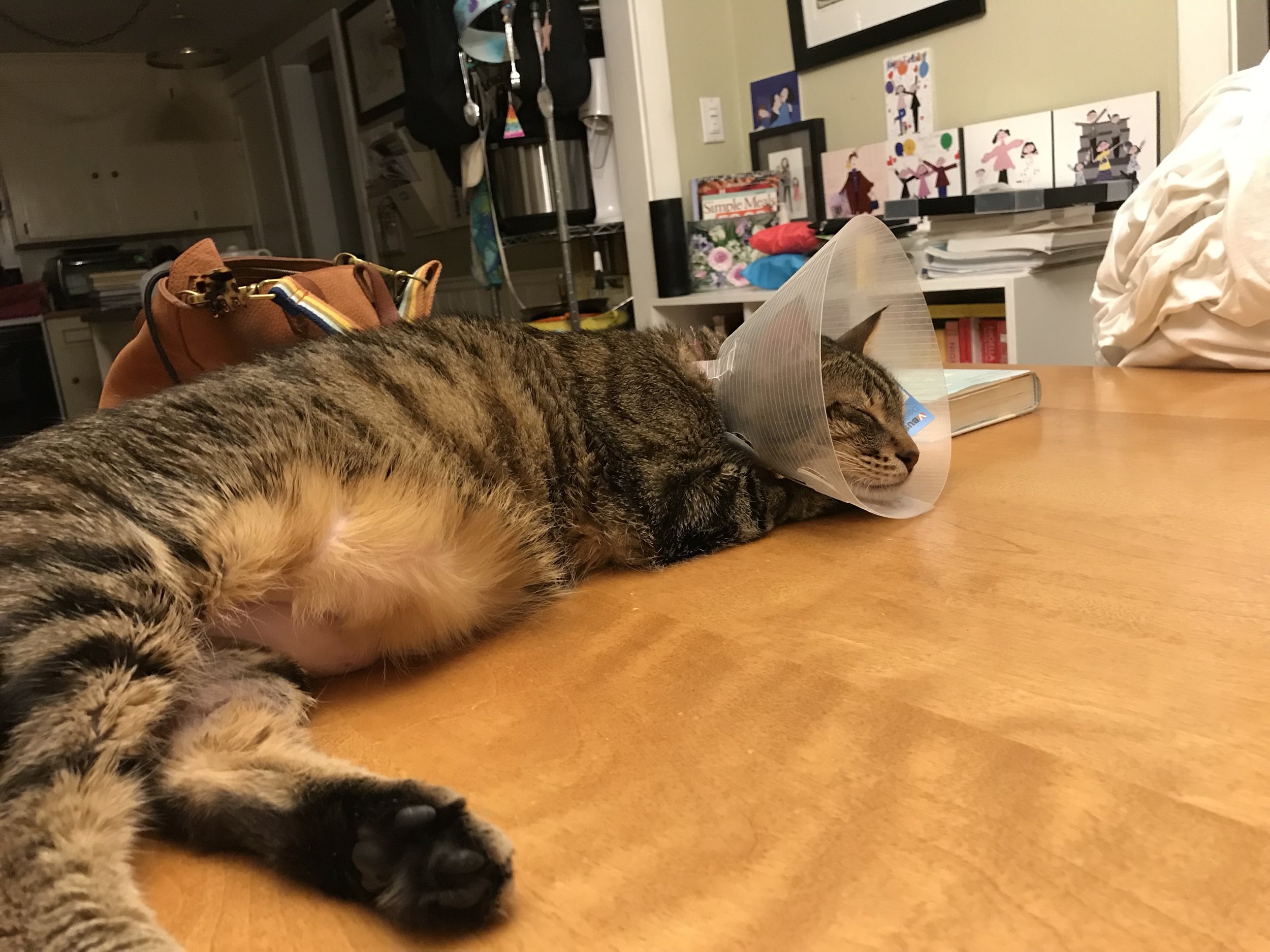