Done! Along with bananas, grapes, apples, and pears, I also ate carrots, onion, and asparagus.

Reminder: potatoes in any form count as a vegetable.

Also burpees are stupid and ridiculous. This was a terrible idea.

Still waiting for a go-ahead from my editor regarding my next book. This is the problem with being two books ahead. No one is in a rush for your 2022 novel.

I restarted again. I’ve written about 5,000 words that I think I like.

One more letter written in April. Six overall. Killing it.

Speak Up merchandise will be sold at our live podcast recording of Speak Up Storytelling on May 18.

Done! I’ve pitched myself to five TEDx conferences so far, and I’ve been nominated now for a sixth.

One has expressed interest. Four have now passed. I await word from the one in which I was nominated.

I attended two Moth StorySLAMs in April, bringing my total to seven events so far.

I finished in second place in both of my Moth StorySLAM in NYC in April.

Both by one-tenth of a point. 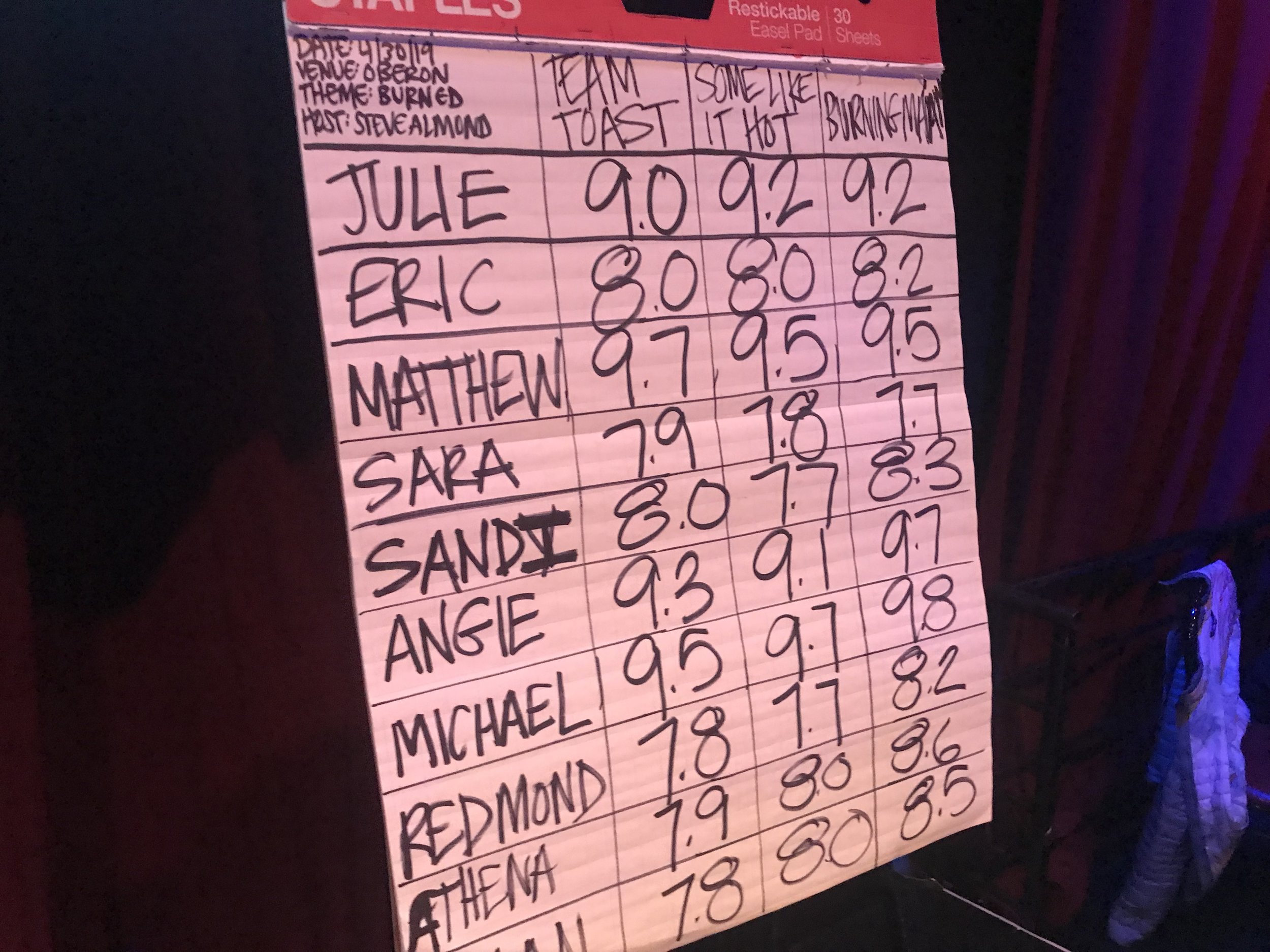 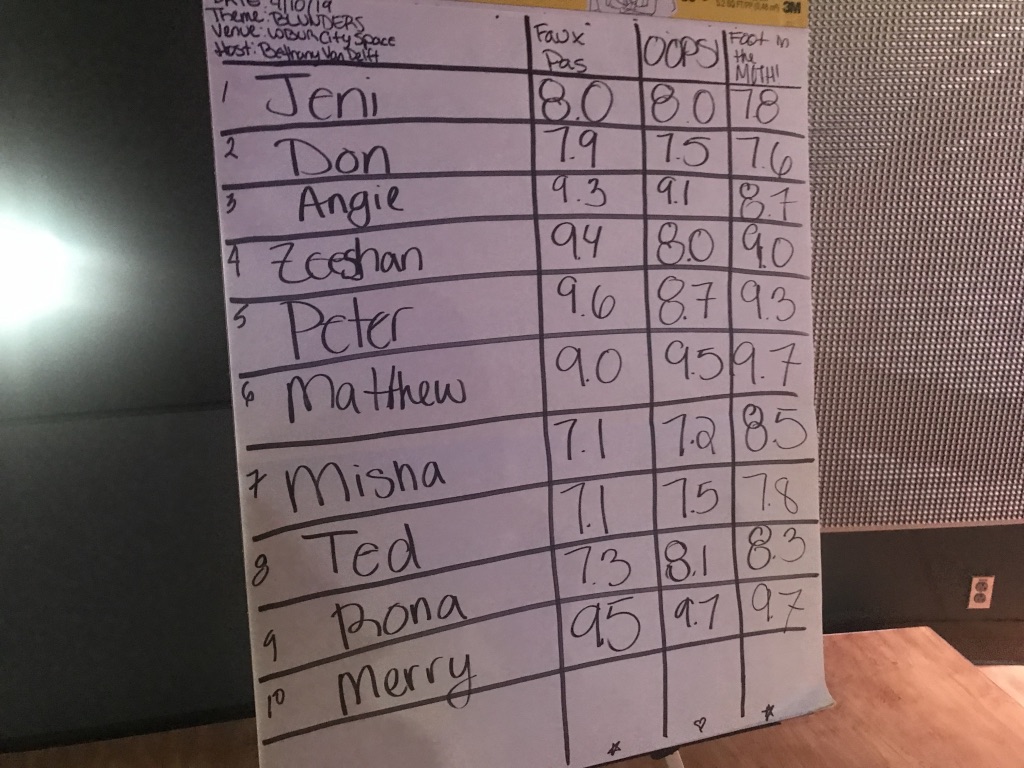 I finished in fourth place in my Moth GrandSLAM in March, but I think I might’ve told my best story ever.

I’ll now need to win a NYC GrandSLAM now to complete this goal.

Thanks to you, dear readers, I have found a stage.

Final design decisions have been made. Work will commence very soon.

I made no meals in April.

I rode my bike with Charlie one time April for a total of four rides.

Done! I did not comment on physical appearance with the exception of my wife and children in April.

Once again done with ease.

Incremental progress. Every week I throw away or organize a few items. It’s still going to require a full day at some point and perhaps a trip to the dump or even a dumpster.

I played my first round of golf of 2019 last weekend. I played poorly.

A game was scheduled and canceled in April. A game is now scheduled for May.

Bengi and I spent a Sunday morning walking the track in his town back in March.

One down. Six to go.