When it comes to gun control, I have good news:

In the most recent Quinnipiac poll:

In short, support for greater control has now hit a 10 year high. 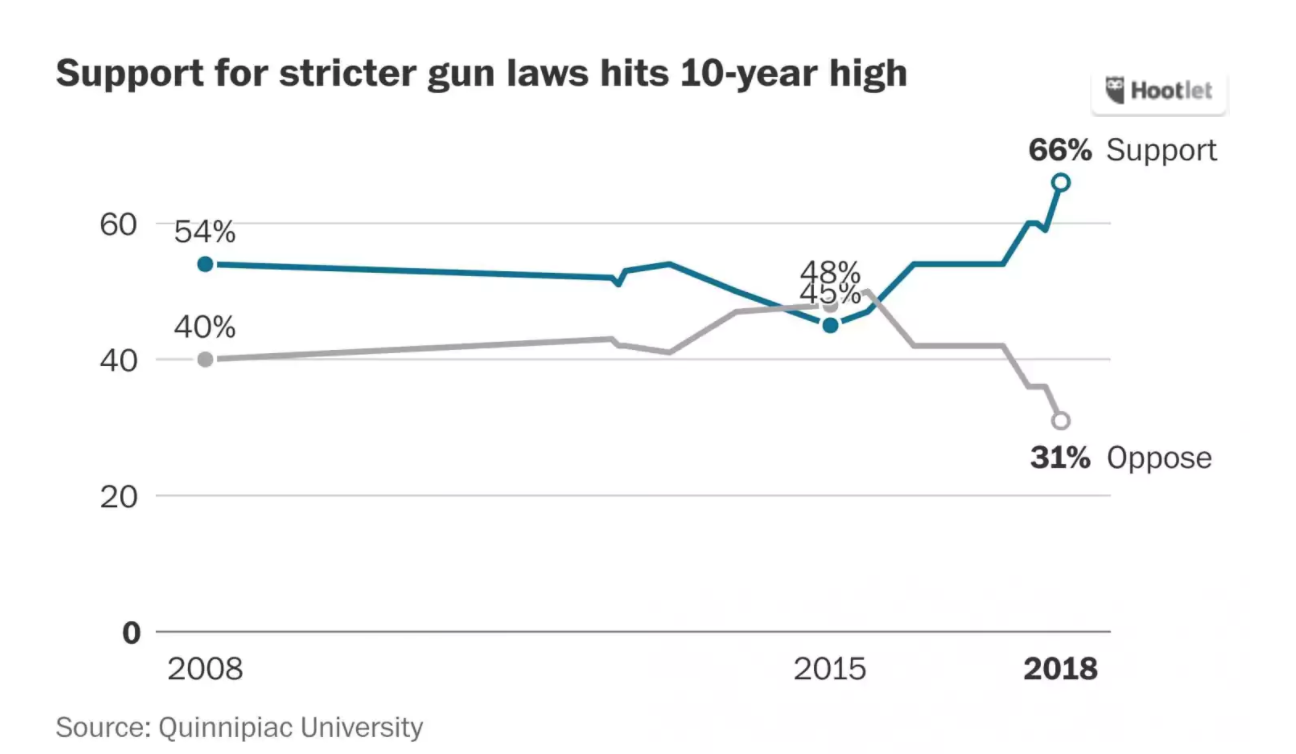 Instead, we have a country run by special interests like the NRA who are paying politicians to behave in a specific way.

Yesterday, while Stoneman Douglas students watched from the gallery, Florida legislators voted against moving a bill that would ban AR-15 rifles and other guns defined as “assault weapons” and large capacity magazines from committee to the House floor for questions, debate and a vote.

They didn’t vote against the ban. They voted against debating and voting on the ban.

Why? They are cowards. They are afraid of a fight. They are afraid to debate gun control in a public forum. They are afraid to be held accountable by the vast majority of American voters who are demanding action. When the next school becomes a killing zone, they don’t want to be on the record voting against a ban on the weapon that was used to slaughter students and teachers.

Better to have students die barricading doors so other students can live.
Better to have teachers surrender their lives while protecting their students from a gunman.
Better to rely on thoughts and prayers than debate, research, expert testimony, and actual legislation.

That way, they can still collect their blood money from the NRA and maintain their A+ grade.

Fear not, Florida legislators. Despite your cowardice and inaction, there are plenty of courageous adults leaving for work this morning, ready to protect your students no matter what horror comes through their schoolhouse doors.

In short, we can’t do all the things that the majority of Americans want done.

Instead, we can stand between students and bullets. We can think quickly and act wisely in the face of an attack. We can hide students and barricade doors. We can surrender our own lives in the preservation of student life. We can minimize the slaughter.

While you lack the courage to even debate and vote on gun control measures, we’ll be busy protecting our students from the results of your cowardice and inaction.