I’ve been using Twitter since 2008. My handle is @MatthewDicks. Jump on a platform early enough and your name is always available.

I receive much of my news via links provided by the people and news organizations I follow on Twitter.

I communicate with friends, acquaintances, and business associates via tweets.

I tweet at Donald Trump – not because I think he’ll ever read my tweets – but because it makes me feel good.

Of the tens of thousands (and maybe more) tweets I’ve ever read, this is my favorite. It was sent from a woman who identifies herself as Jar and uses the Twitter handle @jell_zebra.

In order to understand the tweet, you need to know that it reads in reverse order. The top tweet was sent on April 22 of 2017. The tweet below it, which she attached to the new tweet, was originally sent on December 20, 2013.

So many layers of complexity, amusement, and joy in this single tweet. It is truly a peek into a person’s soul. 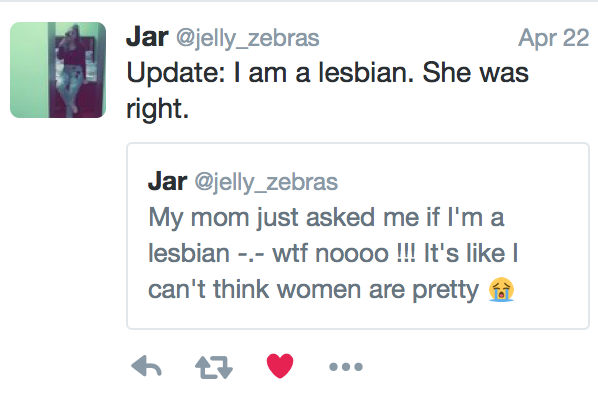