I have issues with my own mortality.

Basically, I’m terrified of death and want to live forever. I think people who accept their eventual mortality with stoicism and logic are insane.

A student once asked me if I would be willing to watch my family die in order to live forever. I explained that I wouldn’t want my friends and family to die, but if immortality meant living beyond their lifetimes, I would willing to accept that.

While my death terrifies me (and I have more experience with death than most, so perhaps my perspective is a more informed one), equally terrible would be the loss of narrative: a perpetual unawareness of how things in this world ultimately turn out. While I would ideally want to be an active part of this world forever, being able to watch the world would be an  acceptable alternative.

So if full-blown immortality is not available to me, how about this:

A small room, disconnected from the real world, equipped with Diet Coke, ice cream, pizza, the Internet, and a bed. Maybe a carbon monoxide machine in the event that things go bad or I change my mind about living forever.

Is that too much to ask? 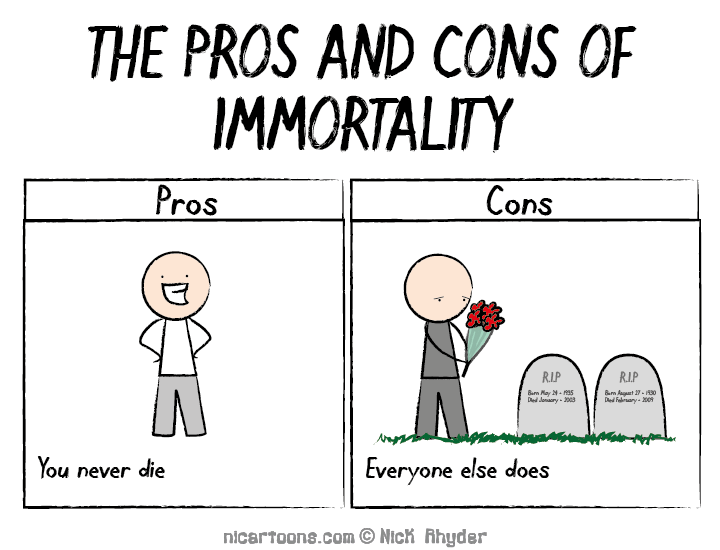