My daughter has a whole host of imaginary friends, who she calls “pretend friends.” We hear about them a lot less than we did a couple years ago, but they are still around, and from time to time, we will hear her talking to them.

Audrey. Elizabeth. Anna. The list goes on and on.

Most of these pretend friends are related to one another in some complex family tree that is set in stone in her mind. She expects me to have this family tree memorized as well, and she becomes angry when it’s not (which it never is).

Amongst these human pretend friends is Connor, the Unicorn.

Connor went missing about a week ago. The first indication of his absence were the signs that started going up around the house. 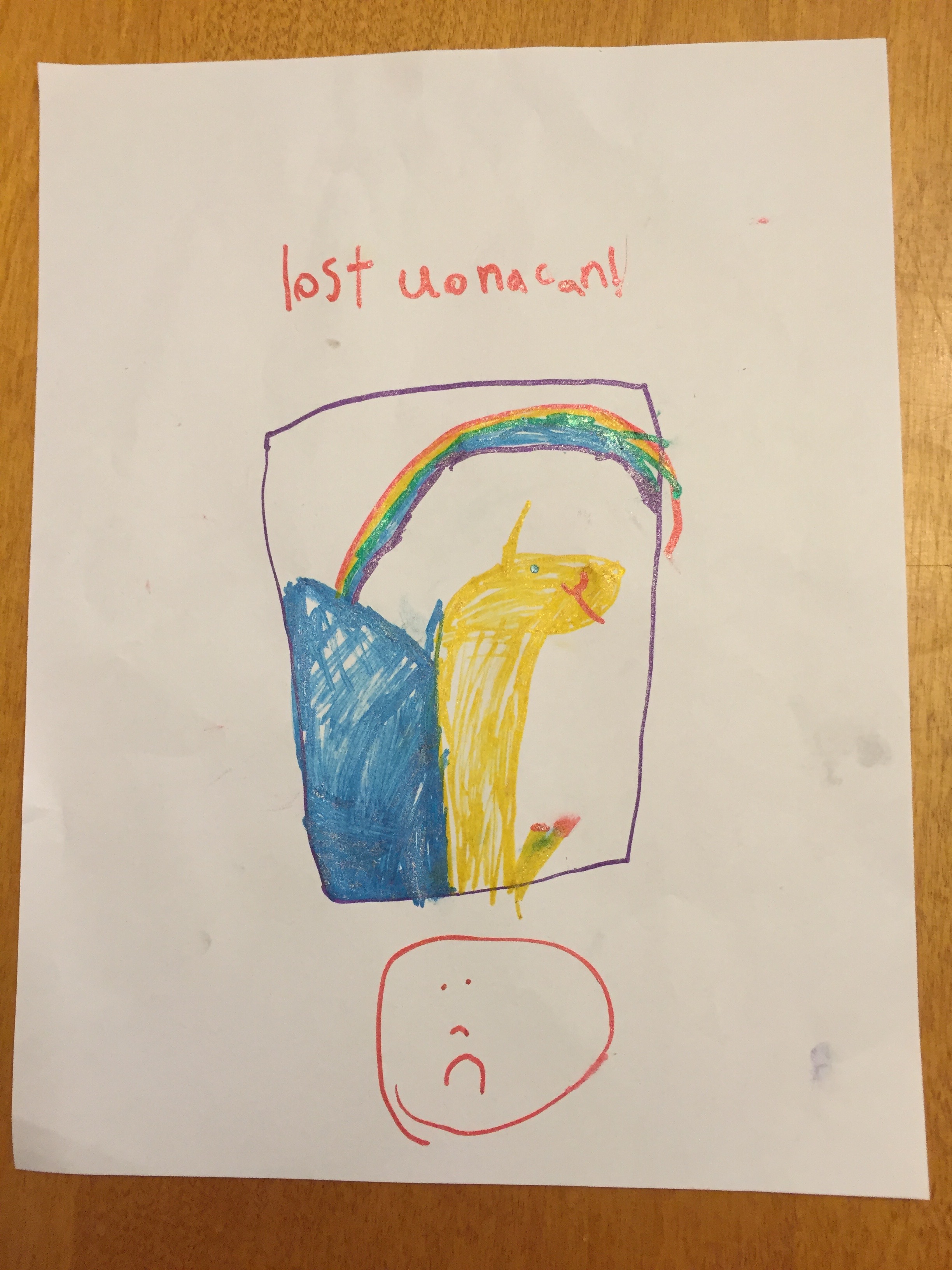 Then she began talking about his absence. Lamenting it. Looking genuinely sad.

The other day I walked into the living room and found Clara sitting on the couch, head in hands, looking as sad as I have ever seen her.

She answered with one word: “Connor.”

This has happened a few times since then. I walk into a room, find her sitting quietly, looking sad, and when I ask what’s wrong, she says, “Connor.”

You would think that a guy who wrote an entire novel about imaginary friends (and almost finished a sequel) would love this imaginary world that my little girl has created for herself.

But no. Not if the damn thing is going to make her sad.

Someone please find this stupid unicorn and make my daughter happy again.