Alexandra Damsker, CEO of Kira’s Kiss Desserts, explains how she is able to function on less than six hours of sleep.

As a person who also sleeps less than six hours every night, I utilize many of Damsker’s strategies, and I’d like to add a few of my own.

You sleep much better, and do much more work, when you don’t watch much TV. Your brain is actually less active watching TV than when it’s sleeping. This dullness is addictive.

I agree wholeheartedly. I watch less than an hour of television a day, and I find that the more time I spend engaged in reading, writing, conversing, playing with my kids, and exercising, the better I sleep.

Damsker also believes that her career is a contributing factor.

I also feel that same sense of excitement about what I do. Between teaching, writing, storytelling, and the handful of other vocations that fill my day, I can’t wait to get out of bed every morning and get started. I often bemoan the fact that I need to go to bed at all. I’ve been known to tell my wife that I can’t wait for the next five hours to be over so I can get going again.

Once or twice a week I reverse nap for this very reason.

I don’t know many people who look forward to their days with as much enthusiasm. If you don’t love what you do, then do something about it. Make a plan. Set a goal. Begin the process of changing your life.

I also have a few suggestions of my own:

1. Spend your time in bed sleeping and nothing more. When I climb into bed every night, I am asleep within a minute or two, and when I awake (usually on my own but sometimes with the help of a pet or an alarm), I am out of bed almost immediately.

The amount of time people spend lounging in bed in half-conscious states of unproductive slumber or (even worse) watching television is astounding. Oftentimes they will include this non-sleep time in their total amount of sleep, bringing five or six actual hours of sleep a lot closer to seven or eight perceived hours of sleep. But the number of hours spent in bed is not the same as the number of hours spent sleeping. The goal should be to spend nearly every minute in bed in meaningful, productive sleep. 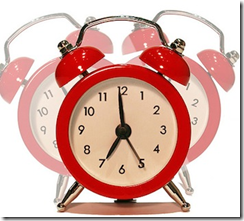 2. Exercise regularly. As counterintuitive as it may seem, the more I exercise, the more energy I have and the less sleep I appear to need. A sedentary lifestyle results in the need for more sleep.

And if you’re experiencing an energy slump or feeling sluggish, exercise.

Go for a 15 minute run. Do push ups and sit ups. Do something to increase your heart rate for a sustained period of time. A 15 minute run at 8:00 PM will often sustain me until midnight or later with ease.

3. Train yourself to fall asleep quickly. The quicker, the better. Be a productive sleeper. Treat the time you spend in bed as a precious commodity. If I spend five hours in bed, I spent almost every minute of that time in sleep. If you have to sleep, at least make it worth your time.

It sounds fairly obvious, but I think it’s often overlooked:

It’s much easier to function on less sleep when you actually spend your time in bed sleeping. To this end, a few strategies to help you fall asleep faster and remain asleep throughout the night:

But if you want to sleep less, learn to I despise sleep.

I believe that human beings’ need to sleep is their greatest weakness, and I’ve been saying that since I was a teenager. Sleep interferes with all of the things I want to do and accomplish in life. Sleep is time stolen from me. An interruption in the flow of my day. It resembles death in a way that makes me entirely too uncomfortable.

I can’t stand going to bed every night. 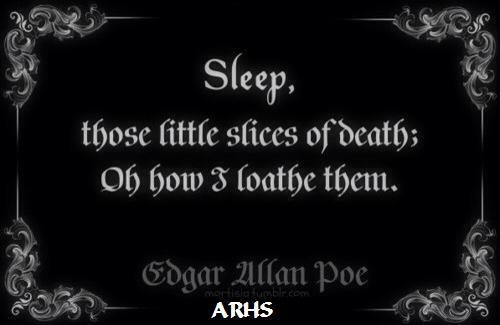 It’s become popular amongst some of my friends to scoff at my five hours of sleep and worry about my future health. In response to these concerns, I offer the following:

Science has proven that a small segment of the population are genetically predisposed to needing to sleep less. This predisposition seems to run in families. Since I have rarely slept more than 5-6 hours for my entire life, and since my brother and sister are also extremely short sleepers, I may be one of these genetic mutants.

Alexandra Damsker may be as well.

So I may have an unfair advantage over most people.

Even if it’s not genetic, I ask these naysayers and detractors a simple question:

Do I ever seem tired? Lethargic? Do you think that the quality of my work is suffering due to my lack of sleep? Am I not accomplishing enough because of my need for rest? Am I short tempered? Prone to depression? Abusing drugs or alcohol?

If you were to pick ten people from your life who appear chronically tired or fatigued, would I make the list?

Would my name have even popped up in your mind?

I don’t think so. It’s convenient to think that sleeping as little as I do is somehow hurting my productivity or turning my days into fatigue-riddled disasters, but it’s simply not the case.

Here’s the real problem with all of this advice that Damsker and I offer:

Following it will require people to watch less television, cease snacking in the evening, exercise more often, learn to meditate, and make changes in their careers that will require great effort, long term planning, patience, and enormous sacrifices.

I do not know many people who would be willing to make these changes in their lives.

I sleep as much as my body wants me to sleep. But I also believe that most people could be sleeping less. By avoiding wasted time in bed and by making a concerted effort to awaken one hour earlier than usual, I think most people could shave at least an hour of their sleep each night.

Last year a friend asked me how to be more productive. She had just had her second child and felt like she was never getting anything done. I told her to wake up an hour earlier than normal each morning and use that hour as productively as possible. “Give it a week,” I advised. “See what happens.”

A few weeks later, my friend posted a public thank you on Facebook, telling her network that she had taken my advice and had accomplished so much in the hours she had recaptured and felt no negative impacts to her loss of sleep.

That was more than a year ago. She has continued to sustain the change and remains happy about it.

You could probably do the same if you’re sleeping eight or more hours every night.

Give it a week. See what happens.