I was listening to Moxie Marlinspike, an Internet security researcher, on the most recent episode of Planet Money. 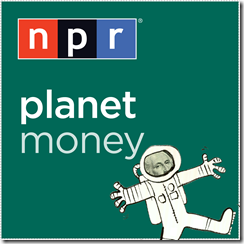 Here is the exchange between Mr. Marlinspike and reporter Steve Henn:

Henn: Is that your real name?

Moxie Marlinspike: It is.

Henn: Was it on your birth certificate?

Moxie Marlinspike: No, it was not on my birth certificate, but it’s what almost everyone I have known has called me for most of my life.

Henn: What’s on your credit cards?

Henn: You have a credit card with Moxie Marlinspike?

Henn moves on (or edits out the rest of the exchange), but I’d like to answer Moxie’s question, because I want to know.

You see, Moxie, since you are an Internet security and privacy expert, I’m wondering if your apparent pseudonym is used to thwart the hackers who you spend so much of your life attempting to thwart.

If so, that’s interesting. I’m wondering if it’s effective.

If that’s not the reason (and I suspect that it’s not since your Wikipedia page lists two other names), I’d like to know why you changed your name to Moxie Marlinspike, because it’s a fascinating choice of a name and may indicate something interesting about you.

It says even more when the man who chooses Moxie Marlinspike avoids answering questions about the origins of the name.

Add to this the fact that you possess a master Mariner’s license and a love for the sea (facts I found on your own website), and the last name Marlinspike seems to take on even greater meaning.

In short, your obvious dodging of the name questions (not to mention your initial attempt to obfuscate the truth by indicating that it was your real name) leads me to believe that the story behind your name amounts to little more than a man who wanted a name that was cooler than the one his parents assigned but is uncomfortable admitting to this fact.

I could be wrong. This is an enormous and perhaps erroneous assumption, but you sounded so defensive. So annoyed. There may be a damn good reason for the name. Maybe there’s an amusing (or less-than-amusing) story behind the name. If so, may I suggest you simply answer the question of whether or not your name is real with something like:

“It’s not my legal name, but it’s the name that I use, therefore it’s real. It’s a long and uninteresting story about how the name came to be.”

But the fact that you wouldn’t answer the reporter’s questions (and sounded fairly defensive while refusing), and the fact that the questions seemed fairly relevant considering the unusual nature of your made-up name and the fact that he was reporting on your company, which specializing in protecting your clients’ anonymity, leaves me assuming the worst. Unjustifiably, so perhaps.

And perhaps part of this assumption has to do with my own life history.

When I was nineteen, I told girls who I met while on vacation that my name was Gunner Nightwind, mostly because I was an immature douchebag.

I’m not saying that this is the case with you, but you haven’t given me much else to go on.