For people like me who hate mayonnaise (and there are many of us), foods like egg, chicken and tuna salad sandwiches are not viable options for us.

When I was a kid, my mother didn’t especially care about my hatred for mayonnaise. When the canned tuna fish was on sale, we were eating it, damn it. Initially, this meant tuna fish straight out of the can and onto Wonder bread for me. The result was a dry, bland sandwich, but even worse, it was impossible to keep the tuna inside the bread without the mayonnaise adhesive. Invariably, I’d end up holding two slices of bread in my hands with a pile of tuna fish in my lap.

In an effort to solve this problem, I began experimenting with alternatives to mayonnaise.

Catsup was not good.

Honey was a disaster.

Then I stumbled upon the solution:

Heat up a few tablespoons of peanut butter in the microwave or a sauce pan on the stove until it is warm and thin, then mix it with tuna fish.

It’s a protein-packed alternative that holds the tuna together nicely and actually tastes good, too. 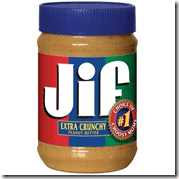 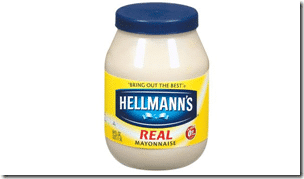 I know you probably think I’m crazy, but years ago, a task in one of my A-Mattzing Races was to eat a peanut butter and tuna fish sandwich (the race’s theme was me). While not every competitor extoled the virtues of this combination, a handful did, and at least one continued to eat it in his regular life.

Tuna fish and peanut butter. Try it. And let me know what you think.