My wife and I attempted to take our daughter to her first movie yesterday.
In truth, Clara has been to many movies as an infant but has no recollection as she was asleep for all of them.

She attended two movies designed for mothers of little babies. Scheduled for the afternoon, the volume is turned down on these films, the lights are kept up, and a baby changing station is positioned in the front of the theater. Babies are able to sleep or nurse while moms (and this dad) are able to take in a movie.

The only problem is that the choice of films is sometimes questionable. My wife saw My Sister’s Keeper (which is supposedly heart-wrenching), and we saw The Time Traveler’s Wife together (which also ends badly).

Not the best choices for a bunch of hormonal, post-partum mothers.

Clara also went to several drive-in movies with us, sleeping in the back seat while we caught a double feature.

Why the parents of infants don’t do this more often is beyond me.

It was all a little overwhelming for her. The volume of the trailers was exceedingly loud and the theater was very dark.

But I learned a few interesting tidbits from our failed attempt:

1. Because my daughter has only watched programming on our local PBS station, she has never been exposed to a commercial before, and so the commercials shown prior to the movie were the first she had ever seen.  And they were loud, fast paced, and fairly frightening as a result.

2. Because my daughter has only watched programming on our local PBS station (and two animated films on the couch), she has not been exposed to the slapstick comedy and the danger and violence inherent in even the most benign of children’s movies. The preview for Puss in Boots scared the hell out of her, even while it was making my wife and me laugh out loud.

Puss crashing through a wooden box and being struck in the head by a boot.

It’s all innocent enough, I think, for a kid exposed to this kind of entertainment before, but for Clara, it was overwhelming and terrifying. 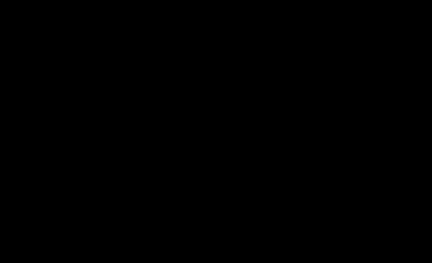 3.  Even the animated short, The Ballad of Nessie, which opens the film, was too much for her. It told the story of Nessie, the Loch Ness monster, and how she is forced to leave her pond when golf course developers take over the land. No matter where Nessie goes, she cannot find a new home.  Eventually, she cries the tears that so many have told her to suppress, and in doing so, she creates a loch of her very own.

It was one of those stories that is 95% tragedy and 5% happiness, and that percentage was evident in my daughter’s reaction to the piece. As we left the theater, all Clara could talk about was how sad Nessie had been, and how she had cried and cried and cried. It took all of our efforts to convince her that Nessie was fine, now, and happily swimming in her own pond.

Unfortunately, Clara has an outstanding long term memory, so I suspect that it will be a long time before we can attempt another trip to the movies.

She will remember this harrowing experience for a very long time.

Perhaps we should’ve waited until she was older.

Maybe we could have entered the theater after the previews had finished.

It’s possible that a steady diet of PBS is not conducive to the viewing of mainstream Hollywood moviemaking.

Oh well. At least I won’t have to sit through a bunch of bad children’s movies for a while.

I also was left wondering about the two separate groups of adults (a foursome and a twosome)  who were also in the theater to watch this one hour Winnie the Pooh film without any children in tow.

These people exist? And if so, who the hell are they?