I’m going to spend this week writing about writing:

Specifically, I plan on dispelling some of the myths and misconceptions about the witting process, in hopes of helping writers, teachers, and parents assist themselves, their students, and their children become more enthusiastic, more effective writers.

After all, most people in this world do not write. They don’t enjoy writing, avoid it at all costs, and don’t do it well. But if you can write well, you possess a super power. Beyond my actual career as an author and columnist, I cannot tell you how many times I’ve been leaned upon by supervisors and colleagues for my ability to write well.

Writing well will make you vastly more valuable in almost any career that you choose.

In addition to helping people become better writers, I also want to rant a little bit about things that annoy the hell out of me.

I don’t know if you’ve noticed, but I enjoy the occasional rant.

LESSON #1:
Writers often don’t know what we are doing, and that is normal.

Author Andy Weir originally wrote his bestselling novel The Martian (later made into a movie starring Matt Damon) as a serial on his blog. Writing in this serialized approach allowed him to build the story as he wrote, essentially crafting each plot point around something that could go wrong, and then working out how his protagonist would solve the problem..

Weir noted that if he couldn’t figure his way around failure of crucial life support systems, his protagonist would have died.

It sounds a little odd, but this is almost exactly how I write my novels.

Like many writers, and perhaps most writers, I only have a vague, often incorrect idea of where my stories are going. Every one of my six published novels and two unpublished manuscripts have ended in ways that genuinely shocked me.

My predicted endings and my actual endings are never the same.

I’ve actually cried while writing the last chapter of every one of my novels, not because I was sad to see the story end, but because something in the final chapter caught me off-guard and brought me to tears, even though I was the one writing the damn thing.

The truth is this:

Writers write to discover the story. We are often just as surprised as the reader by the story’s twist and turns.

Elysha once said that her favorite part of my writing process is the way that I place my characters into challenging predicaments then refuse to change the parameters of the predicaments when the solution to the character’s problem eludes me.

I just keep trying until I find a solution, as long as it takes, much like Andy Weir.

All of this is to say that if you’re a teacher of writing, and you require your students to complete graphic organizers or outlines of their stories or essays before they begin writing, you don’t understand how writers write. You are simply imagining how you think writers write, which is a terrible, stupid way to teach.

This is not to say that knowing the arc of your story or essay before writing is wrong. I suspect that many mystery writers, for example, outline their plots ahead of time because of the nature of their stories. Other writers, too, I’m sure. But many, many of us do not, and requiring a writer to plan ahead is not good

The best way to teach writing to any student of any age is to write. Engage in the process on a daily basis. Learn what it takes to connect sentences and paragraphs into solid prose.

Do the job so that you can understand the job.

If you are a writer who is struggling and you outline your stories and essays before you begin writing, toss away the planning and just start writing. Trust me. I was once a writer who tried to outline every novel before I began writing. I had a whiteboard and post-it note collection that I pulled out every time I started a new book.

None of those novels were ever finished, and all of them sucked. It was only when I began writing in the dark, with just a vague notion of the story, that I finally found success.

If you’re a struggling writer, give it a try.

If you’re a teacher of writing, don’t force your expectations of writing upon your students. They are probably writing more on a daily basis than you are, so pick up a pen and join them in the writing process. 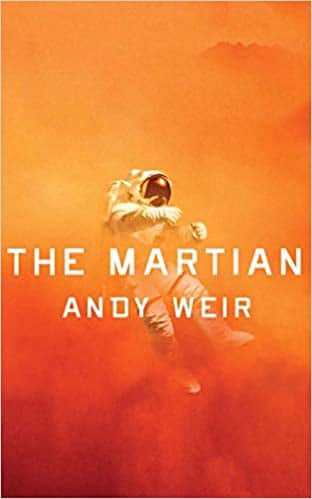