When swimming became popular in England in the 19th century, the new municipal swimming pools displayed frogs in tubs, so that would-be swimmers could learn from their movements.

A few thoughts about this:

As odd as it may sound, it was a pedagogically sound decision. Modeling is incredibly important when it comes to teaching any skill, and if you lack a good, consistent, willing model to demonstrate the act of swimming, a frog is very good alternative. Swimming like a frog as a perfectly fine way to get from A to B without drowning.

A lot of money is spent on swimming lessons that apparently can apparently be taught for free by watching a frog in a bowl.

My children take swimming lessons, which is fine, but I didn’t take a single lesson as a kid and learned to swim just fine. So what gives? Are these swimming lessons just a scam? An attempt to extract money from anxiety-plagued parents for something that their children could learn on their own by watching others and a little trial and error?

I became a lifeguard, swam a mile every summer at camp, and competed in triathlons, so I obviously learned to swim well enough without lessons. I don’t even remember swimming lessons being an option when I was a kid, but perhaps everyone was taking them except for me.

Still, it worked. I never came close to drowning and was eventually was placed in charge of making sure other people didn’t drown.

Either way, before spending hundreds of dollars on swimming lessons for your child, maybe spend a lot less on a frog and a bowl. Save yourself some money and get your child a new pet in the process. 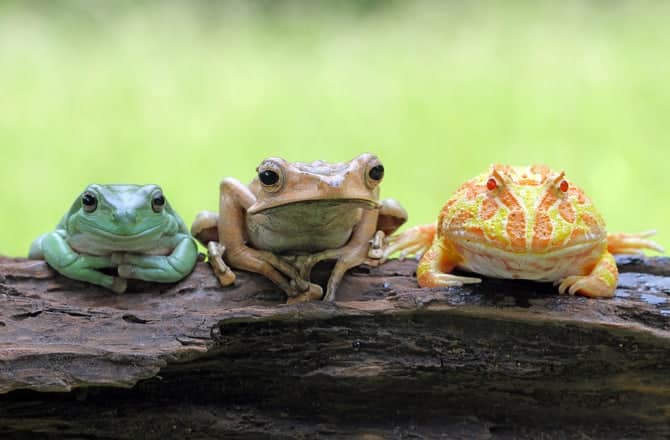