Several weeks ago, back when the world was still normal, a popular meme went around on social media called “Never Have I Ever.” The goal of the game was to give yourself a point for every item on the list that you had never done. 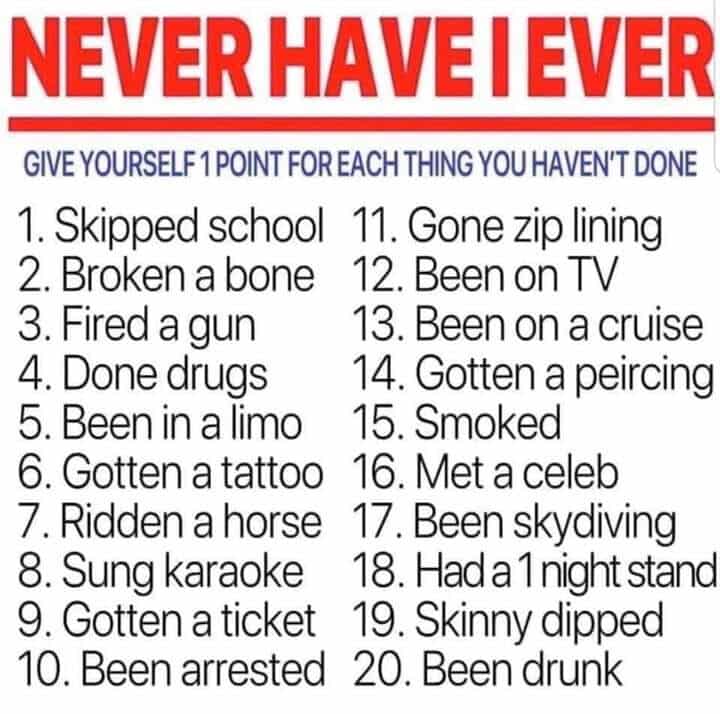 It was a good premise, but I didn’t think the list was constructed very well. Being the author of a novel written entirely in lists, I like to think that I’m a bit of an expert on the subject.

I scored a 5 in the game. The things I had never done included:

A 5 seemed like a low number, but in talking with friends, most people scored between 4-6 points.

Behold! My own “Never Have I Ever” list. I’ve done each and every item on the list at least once, so my score is zero.

What would your score be?

Now go make your own list. I’d love to see it.