I was walking up the fairway yesterday with my friend, Dan, when he turned to me and said, “So I didn’t know people call you Matty?”

Not everyone, of course. Dan has known me for about ten years, and he’s never heard me called Matty even once. Exceptionally close friends and people who I have worked with for decades have never heard anyone refer to me as Matty. But there is a certain segment of of friends who do, almost always because they met me through my friend, Bengi.

Back in 1989, when Bengi and I first moved in together into an apartment that affectionately became known as the Heavy Metal Playhouse, he assigned me the nickname Matty.

It wasn’t by accident. Late one night, while sitting with friends on hand-me-down couches in our living room, surrounded by posters of Bart Simpson, hair metal bands, and super models, Bengi declared that henceforth, I shall be called Matty.

Our friends agreed, and it stuck.

I’m not sure about the impetus of Bengi’s decision. Perhaps it was because he was already walking around with a nickname. Bengi’s real first name is James. Bengi is simply a shortened version of his last name, which most of his friends (including me) use. But his wife calls him Jim (as do I from time to time), his colleagues call him James, and his parents call him Jimmy.

Perhaps my singular name was just a little too simple for his liking.

I suspect that I exude none of the qualities of a Matthew.

So Bengi decides to call me Matty.

Actually, Bengi refers to me as Matty. When speaking directly to each other, Bengi and I call each other “Dude.” This sounds stupid as I write these words but sounds perfectly normal in real life.

If you spring from the tree of Bengi, you probably call me Matty.

Shep (whose real name is Matt) also calls me Matty, but this is because I first met Shep when he hired me to DJ his wedding, and Bengi (my DJ partner) and I have  always introduced ourselves to clients as Matty and Bengi.

Not Bengi and Matty, mind you. The order that our names are spoken was also purposefully determined one night in the kitchen of the Heavy Metal Playhouse. After much debate (and even more alcohol), it was determined that the words “and” and “Matty” too easily blended together, creating an undesirable slur at the end of the words. Better to start with Matty and allow the hard B sound in Bengi’s name to form a clear break between the “and” and his name.

So Shep meets and hires the DJ duo of Matty and Bengi, and henceforth he calls me Matty.

Since Shep calls me Matty, so does Shep’s father and most of the people who I tailgate with at Patriots games, since I met many of them through Shep. Tony, Erin, the Teja brothers, Shep’s ex-wife, his colleagues, and anyone else who I’ve met through Shep only know me as Matty.

If you spring from the tree of Shep, you also probably call me Matty.

There is one exception to this rule. Cindy, a colleague for the last 22 years, who I didn’t meet through Bengi or Shep, also calls me Matty, and it occurs to me that I have no idea why. She was in our wedding party, standing alongside Bengi and Shep for much of the day, so perhaps it just stuck.

I’ll have to ask.

So Dan was meeting Shep for the first time yesterday. In fact, I played with three guys who only know each other because of me.

I teach alongside Dan.

I was the DJ in Shep’s wedding.

I taught Andrew’s two children, before Dan’s time, and he has subsequently become Charlie’s godfather.

In fact, Andrew first knew me as Mr. Dicks, though I’m sure I told him to call me Matt rather quickly. The use of the honorific Mr. (and all of its female counterparts) by teachers is silly. Some ridiculous vestige from a time long ago based on some ridiculous belief that an honorific that only denotes sex and martial status confers some kind of respect on teachers.

If my supervisors wouldn’t object and my colleagues wouldn’t kill me, I would have my students call me Matt.

Not Matty. I’m not crazy.

Do after playing eight holes of golf yesterday and listening to Shep refer to me as Matty again and again, Dan mentioned the name to me.

Then again, maybe some schoolyard pals who I have never met still call him Danny after all these years.

It turns out that names can be complicated things. 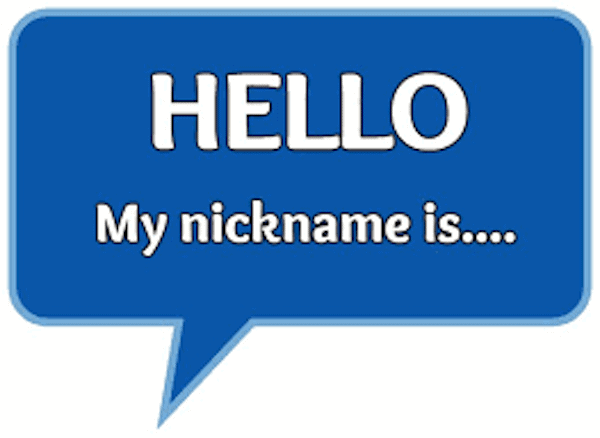