Yesterday, I pointed out that January 5, 2021 was an especially excellent day for me. My friend’s open heart surgery was successful. My upcoming novel received an outstanding review from the Associated Press. It was looking like the Senate might flip to Democratic control.

Oddly, it also had its share of good news.

As I predicted, both of Georgia’s Senate races were won by Democrats, flipping the Senate and giving the Democrats control of all three branches of government for the first time in more than a decade.

My upcoming novel, The Other Mother, arrived in the mail. The first actual, physical copies that I have seen. Always an exciting moment to open the box and see the story you made up in your mind appear in physical form.

Charlie’s much anticipated electric guitar arrived in the mail, and he couldn’t be happier. He has been obsessed with the guitar since watching School of Rock two weeks ago. I think he may have found an honest-to-goodness passion.

It was also Elysha’s birthday. I sent flowers earlier in the day, and we celebrated with Mexican and marble cake.

Then Trump supporters carrying Confederate battle flags stormed the Capitol, breaching nearly every corner of the complex and for a while, disgracing our nation with their violence and buffoonery. Four people are now dead as a result. Many law enforcement officers were injured. Congress’s ceremonial counting of the Electoral votes was delayed for hours. America watched in horror as the temple of our democracy was desecrated by thugs, goons, racists, and losers.

It was a disgusting display of lawlessness, terror, violence, and insurrection.

Thank goodness there were no counter-protesters on the scene yesterday. At the urging of President-elect Biden and others, his supporters and anti-Trump protesters stayed away. Just imagine what might have happened if Americans supporting the Constitutionally mandated counting of the Electoral votes had been standing outside the dome of the Capitol, too.

Things could’ve been so much worse.

Later that night, soon-to-be Senate majority leader Chuck Schumer described January 6 as another date that will live in infamy, bringing a smile to Elysha’s face. It’s sad enough to celebrate your birthday during a pandemic, unable to see friends and family and even eat dinner in your favorite restaurant.

To have your birthday declared as one that will live in infamy amounts to piling on quite a bit.

Then some good began to emerge from a day of violence and chaos:

Trump’s Twitter and Facebook accounts were temporarily locked and may be permanently locked. As a shareholder of both companies, I have already written to their executives, urging this action to be taken. In fact, I wrote to them two weeks ago urging the same thing. It should’ve happened a long time ago. Any other user would’ve been banned a month ago for constantly violating terms of service.

Support for the objections to the Electoral count declined to only a few especially stupid and despicable Republican legislators. Most have come to their senses and “reconsidered” their objections in the wake of events that they share some responsibility.

When you support and defend a corrupt, racist President who lies to the American people and foments anger and violence, you own the results, too.

Resignations at the White House began almost immediately after Trump referred to the insurrectionists as patriots, resisted calling out the National Guard, and recorded a speech that was supposed to quell the riot but mostly contained complaints about fictional election fraud.

More resignations may follow. There is also reporting that members of his Cabinet met to discuss the use of the 25th Amendment, and a handful of Republican lawmakers have openly called for Trump removal.

Here is my wishful thinking:

Maybe, just maybe, the moderate wing of the Republican party can now reassert themselves and bring the party back from the brink. I’m a staunch  Democrat,  but I believe that a reasonable, rational Republican party is good for our nation.

There is nothing wrong with the competition of ideas. People who think differently than I need a party where their voices can be heard and their beliefs can be championed.

But that should not be the party of Donald Trump. Not a party of insurrectionists. Not a party of conspiracy theories, blind allegiance, a disregard for expertise and science, and mob mentality.

The Republicans have done this to themselves. Lawmakers like Lindsay Graham, Ted Cruz, Mitch McConnell, and many more warned their party and America of the dangerous path that they would be taking if they elected Donald Trump, but when that day came, they supported him in lock step.

And they continued to support him after Charlottesville, Helsinki, family separation and the caging of small children on the border, impeachment, and Trump’s criminally negligent response to the pandemic.

They did nothing. Mitt Romney might be the only Republican in Congress without the blood of yesterday’s violence on his hands.

After yesterday’s attempt at insurrection and breaching of the halls of democracy, Republicans in Congress and Republicans across America who supported Donald Trump may begin to reconsider the wisdom of that support.

Then again, I’m oppressively optimistic. I might be crazy to think that yesterday’s events will change anything.

It was an ugly day for our country. A terrible moment for all of us. It may result in nothing.

But my books arrived yesterday. Charlie played the guitar for the first time. We celebrated Elysha’s birthday. Democrats will soon control the Senate.

And in just 13 days, Joe Biden will be President. Kamala Harris will be Vice President. Experts and professionals will soon return to key positions in our government. Our country will be a safer, more lawful place to live.

I won’t forget the events that took place at our Capitol on January 6, but I also won’t forget Charlie’s first strums on the guitar. The moment when the Associated Press called the Georgia race for Jon Ossoff, flipping control of the Senate. I won’t forget the amused grin on Elysha’s face as Schumer declared January 6 a date that will also live in infamy.

And I won’t forget the look on Charlie’s face when he opened The Other Mother for the first time and found “For Charlie” written on the dedication page. 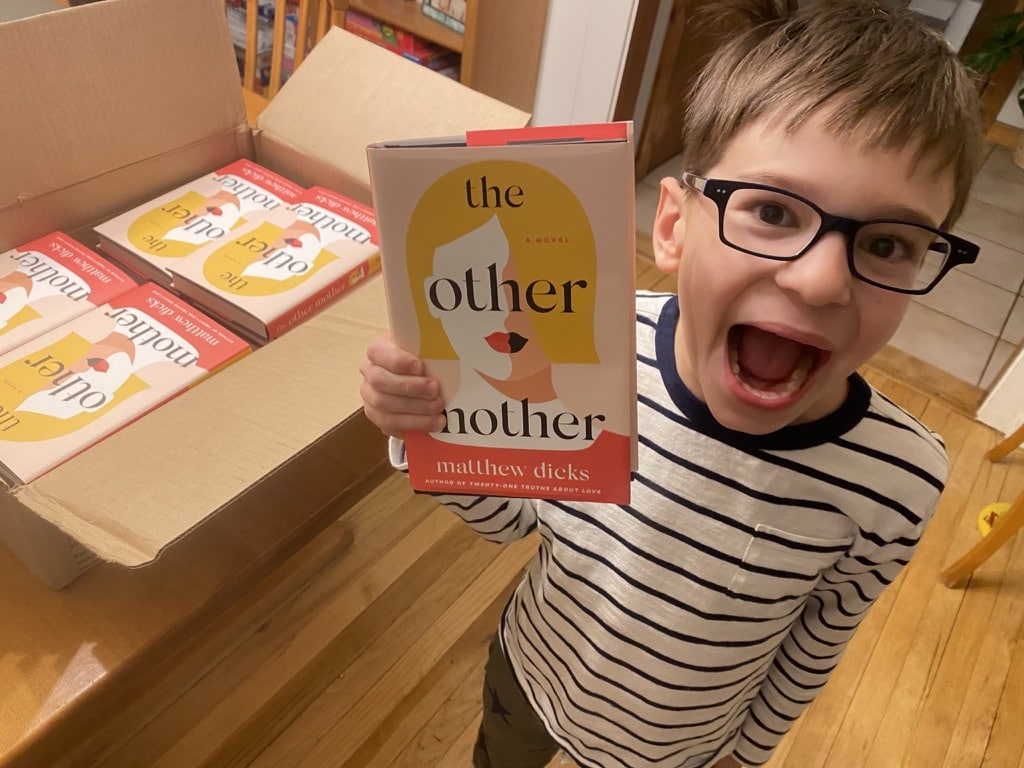