On Saturday 31 members of the white supremacist group Patriot Front were arrested near an Idaho pride event after they were found packed into the back of a U-Haul truck with riot gear. The men were standing inside the truck – faces covered by white balaclavas – when Coeur d’Alene police stopped the U-Haul and began arresting them on the side of the road.

White supremacist and hate groups like Patriot Front, Proud Boys, and Oath Keepers, are obviously dangerous. They are capable of causing widespread mayhem, destruction, and even death.

But it’s also important to remember that these groups are comprised almost entirely of cowards.

The members of these hate groups consist primarily of white men who are afraid of a world in which they no longer dominate the economic, cultural, and political landscape based solely on the color of their skin. These are racists and bigots who are afraid to compete on a more level playing field with women, people of color, members of religions other than their own, and the LGBTQ community It’s become harder for these men to climb the ladder of success now that others have been given better and more equal access to that same ladder.

Rather than working harder or smarter to achieve success, they fight to oppress human beings who don’t look or sound like them. They want to win through the color of their skin rather than the content of their character.

Like the KKK, they cover their faces with masks and balaclavas because they are frightened of being identified as racists and bigots.

These are dangerous men capable of causing enormous harm to our country, They should rightfully be feared, and every attempt should be made to stop them from perpetrating acts of terror and violence on our communities and political system.

But they are also cowards.

They are a loud, oftentimes well-armed, infinitesimal minority of the American public.

On Saturday, they were thankfully stopped, unmasked, arrested, and exposed for the cowards they are. 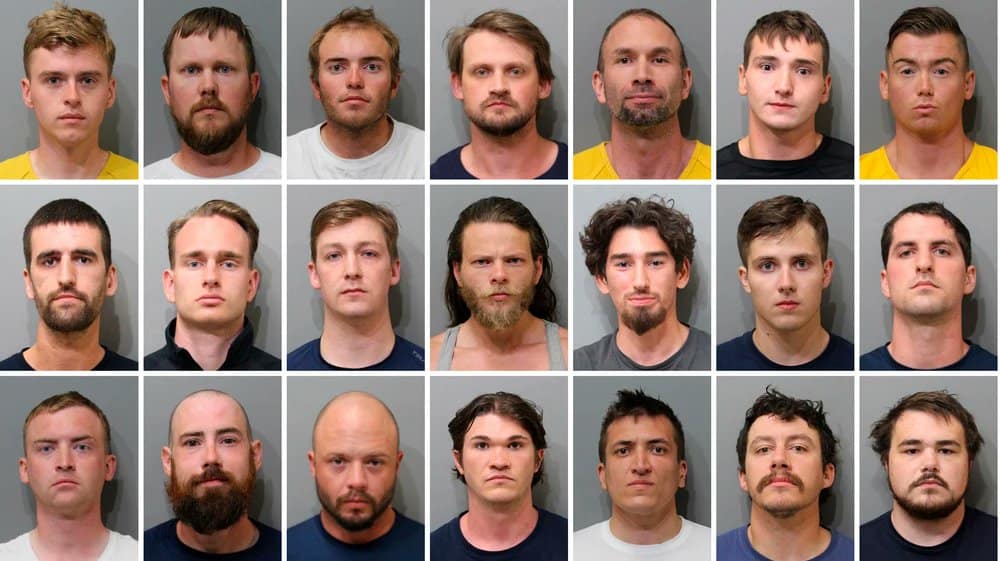