In speaking to a writer recently about her struggles to get published, I said, “Maybe you should write another book. Not everyone publishes the first thing they write.”

While it’s true that I managed to publish the first novel I wrote, Something Missing, the road to publication was not so easy. 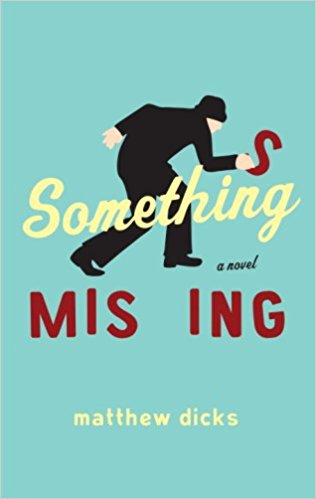 I began writing in November of 1988, and since then, I have written every single day of my life without exception.

In high school, I started a business writing papers for my classmates. I wrote for the school newspaper. I started a shortly lived magazine in the spirit of Mad. I wrote political satire. Short stories. Poems. Letters to girls. Lots and lots of letters to girls.

After high school, I began writing a blog on a bulletin board system: a small scale, localized precursor to the Internet. During that time, I filled journals with stories, memoir, poems, and rants. I wrote hundreds of letters every year to friends around the country and next door. I wrote monthly newsletters for all of my friends. I wrote Dungeons & Dragons adventures. Short plays. Parodies of songs and movies. Comedy bits.

When I was homeless and without a phone or address, I wrote letters to keep in touch with friends. I wrote long accounts of my life for my attorney, who was defending me against a charges for a crime I did not commit. I wrote long, sad pieces of memoir about how hopeless and alone I felt.

When I finally made it to college, I studied creative writing. I wrote for the school newspaper and their online magazines. I wrote short stories, speeches, short films, and several failed, unfinished novels.

In 2004 I took a blogging class at Trinity College and have written a blog post every single day since. For six years, I wrote a daily post to my children on a separate blog.

I have been writing a lot for a long, long time.

I published Something Missing in 2009, 21 years after I committed myself to the craft of writing. I practiced writing on a relentless, daily basis for more than two decades before someone finally paid me money for my work.

If I were talented, would it have taken me two decades of practice before reaching my goal?

My former editor bristles at my assertion that everyone can be a writer, and with enough hard work and practice, perhaps a published writer, too.

Friends and former colleagues think I’m foolish to believe that anyone is capable of writing good, meaningful, important stuff.

I remind them of how it took my two decades of constant, relentless practice before I was able to write things worthy of publication.

I don’t believe in talent.

The path to success can often seem short and simple. But when viewed through the longer lens of time, talent will almost always give way to hard work.

Or quit and fail.

The choice is simple. The path is not.

Posted in Autobiography, SOMETHING MISSING Items