That’s a word. Not in the dictionary, but I stumbled upon it while reading Harry Potter and the Chamber of Secrets to the family last night.

A double-contraction for the words “I would have.”

Not only did JK Rowling invent a new word, but she also created a new type of word:

Later on in the book, I found a similar word:

There’d’ve, replacing the words “There would have.”

Both times, these words appeared in dialogue, and they are words that people – myself included – admittedly speak aloud from time to time. There is real authenticity in the use of these words. Rowling has managed to capture the reality of human speech in her inventive use of these double contractions.

They may not appear in a dictionary, but they exist in the wild, and therefore, they may someday make their way into the dictionary.

My question is this:

I want my readers to become lost in my books. I want them so absorbed in my story that they fail to hear their spouses, shouting from the other room that dinner is ready. I want to activate their mind’s eye and fill their mental vision with a complete image of my world.

If that is my goal – and I think it’s a good one – does a word like “I’d’ve” risk breaking that spell? Does an inventive word like this force my reader out of my imaginary world and back into our world, where they must contemplate and consider the nature of the double contraction?

I think so. At least it did for me. For about a minute, I stopped reading, considered the word, rolled it around in my head, and then discussed it with my family.

It ejected us from the story.

For that reason, I admire the ingenuity and authenticity of Rowling’s double contractions but also think that they are doing harm when it comes to the reading of the book. They force me out of Hogwarts and back into my living room to ponder and discuss grammar.

This can’t be good. Right?

Or maybe it’s just me?

What about the triple contraction?

A triple contraction for the words “I would have not.”

An unusual and inventive collection of letters and apostrophes, but unlike Rowling’s double contractions, probably never spoken aloud in the history of human speech. Interesting to look at but otherwise artificial, kind of like Promethium, Californium and the 14 other unstable elements created by scientists in a lab that don’t actually exist in nature.

I spent quite a while trying to come up with a quadruple contraction. 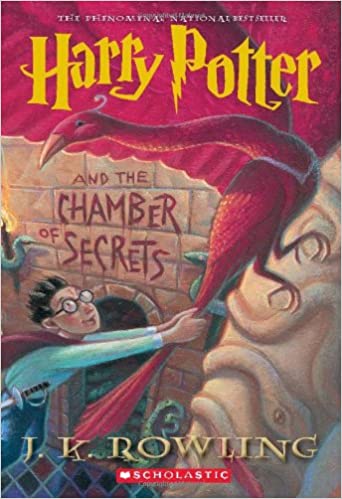