I strongly recommend you waste an enormous amount of time on radio.garden, a website and app where you can explore the world via radio.

Built atop Google Earth, radio.garden is populated by tiny, green dots, each representing a radio station, or in large markets, a series of radio stations currently broadcasting. Click on the green dot, and you can hear whatever is being broadcast via terrestrial radio at that very moment.

A few observations that I have made from spending more time than I should on this website and app include:

American music is everywhere. You don’t have to click on many radio stations around the world before you find a song recorded in English and produced in America. I know that America exports its entertainment to the world. but I had no idea of pervasive it really is. A quick tour of the world this morning found American music playing in Turkmenistan, central Russia, Thailand, India, Australia, and in the middle of the Amazon rain forest.

The station in central Brazil even had commercials for American credit card companies.

I actually found a radio station in Mandurah, Australia, on the west coast of the country, that I really like. Not only do I like the music they play, but I love listening to the Australian disc jockeys.

The FM morning radio format that dominates so many markets in America, complete with exceedingly enthusiastic hosts, lots of laughs, and the occasional song, is a format that also exists around the world. Even though I don’t speak the language, I have found this format in abundance throughout Europe, parts of Asia, and Australia.

It’s remarkable how you don’t need to know the language to immediately recognize the cadence and routines of a typical American morning radio team.

I’ve found radio stations in South Africa that broadcast in English and another language simultaneously. One person speaks English, and the next person speaks in a language I don’t recognize. I know that South Africa has about a dozen official languages, but I had no idea that this would result in bilingual radio.

Some of my favorite stations to listen to are those in countries where English is spoken. In addition to hearing the music that they broadcast, I can get a sense of life in these places by listening to their news, weather, commercials, and talk radio. Lately I’ve been playing stations from the UK, South Africa, Australia, Fiji, Canada, Singapore, Rwanda, and Ireland.

Doing so has oddly made the world feel a little smaller. A place like Fiji is as far away as a place can be from me, and with a foot of snow on my front lawn, Fiji couldn’t feel more different than Connecticut.

Yet listening to their radio has made me realize that our climate, culture, government, and traditions may be very different, but we have a great deal in common, too.

Listening to the radio stations of the world has made me feel a little bit less of an American and a little more Earthling.

It’s a good thing, I think. 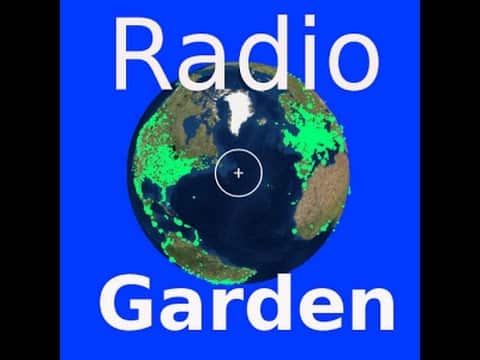