As you may know, Donald Trump blocked me on Twitter back in July of 2017 in response to my criticism over his attempts to strip more than 23 million Americans of their healthcare by ending Obamacare.

That fight seems even more important these day. Huh?

In response, I sued Donald Trump by joining the Knight Foundation lawsuit, arguing that since Trump and his press secretary have repeatedly asserted that his Twitter feed represents official government communication, I should have access to it as an American.

In August of 2018. the court decided the case in our favor. Two dozen Americans – myself included – were declared victorious, and Trump was forced to unblock my Twitter account.

Since then I have responded to his tweets incessantly.

Yesterday it came to my attention that both Eric Trump and Scott Baio have blocked me on Twitter.

While I occasionally responded to Donald Trump Jr. on Twitter, reminding him of his loser scumbag status and his inability to achieve anything absent nepotism, I don’t think I’ve ever tweeted a single thing to Eric Trump.

I just assumed he couldn’t read.

If you’re wondering who Scott Baio is, good job. He’s not worth knowing. Back in the 1980’s, he enjoyed a tiny flash of fame as a minor character on the TV sitcom Happy Days, his own failed spinoff Joanie Loves Chachi, and then on the sitcom Charles in Charge.

If you’re under 40 years-old, it’s likely that you’ve never heard of the guy. Rightfully so.

Baio is a Trump supporter and the most famous person who Trump could find to speak at the 2016 Republican National Convention, which tells you a lot about Donald Trump and Scott Baio.

Remember when the only band willing to play at Trump’s inauguration concert was Three Doors Down?

Baio is the Three Doors Down of actors, except he’s not as famous, not as talented, and not as relevant.

Baio was trending on Twitter yesterday, so I clicked on his profile to see why and discovered that I was blocked. I have never wasted a moment of my time tweeting at this washed-up loser celebrity, yet he blocked me.

How did this happen?

Maybe he was consoling little boy Trump over my scathing criticism.

Maybe he saw my name on the list of Twitter users who had won the lawsuit against Trump, stomped his little feet in anger, and blocked me.

Maybe Baio spends his days scrolling through Trump’s Twitter feed and blocking his critics in fear that he might be our next target.

Fear not, Scotty. There is dryer lint with more relevance and import in this world than you.

Regardless of the reason, I take great pride and amusement in his blocking me.

For the record, Baio was trending on Twitter for defending Roseanne’s racist tweets in an attempt to label Joe Biden as a racist.

Happily, Wanda Sykes responded, making him look like an idiot. It wasn’t hard. 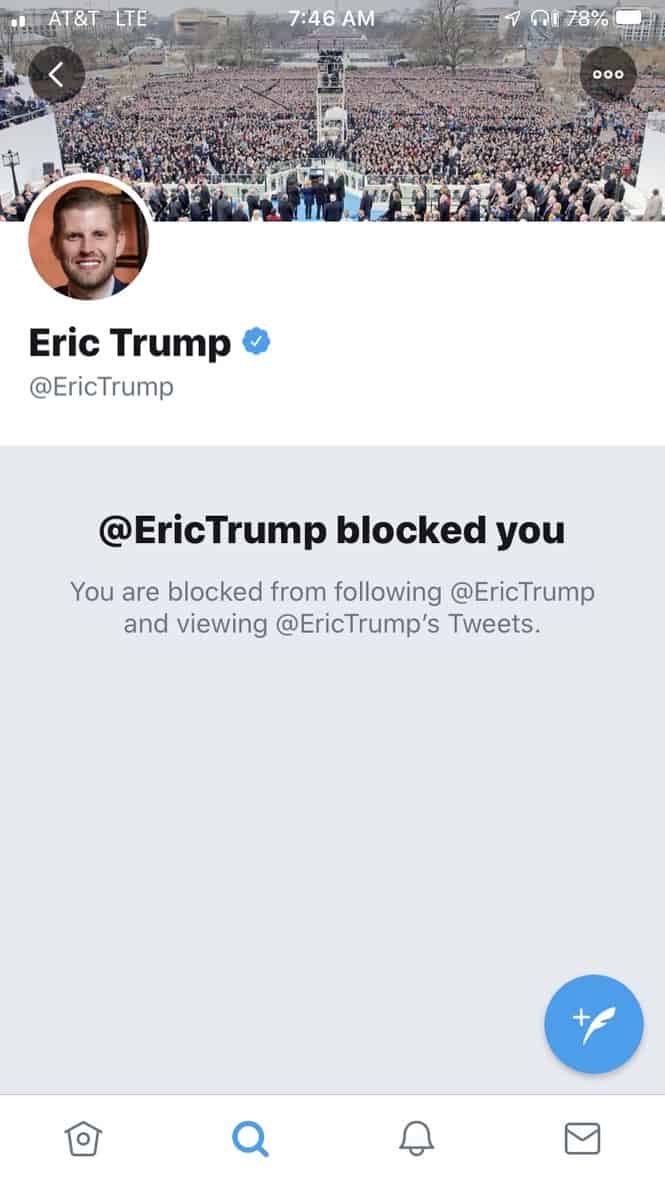 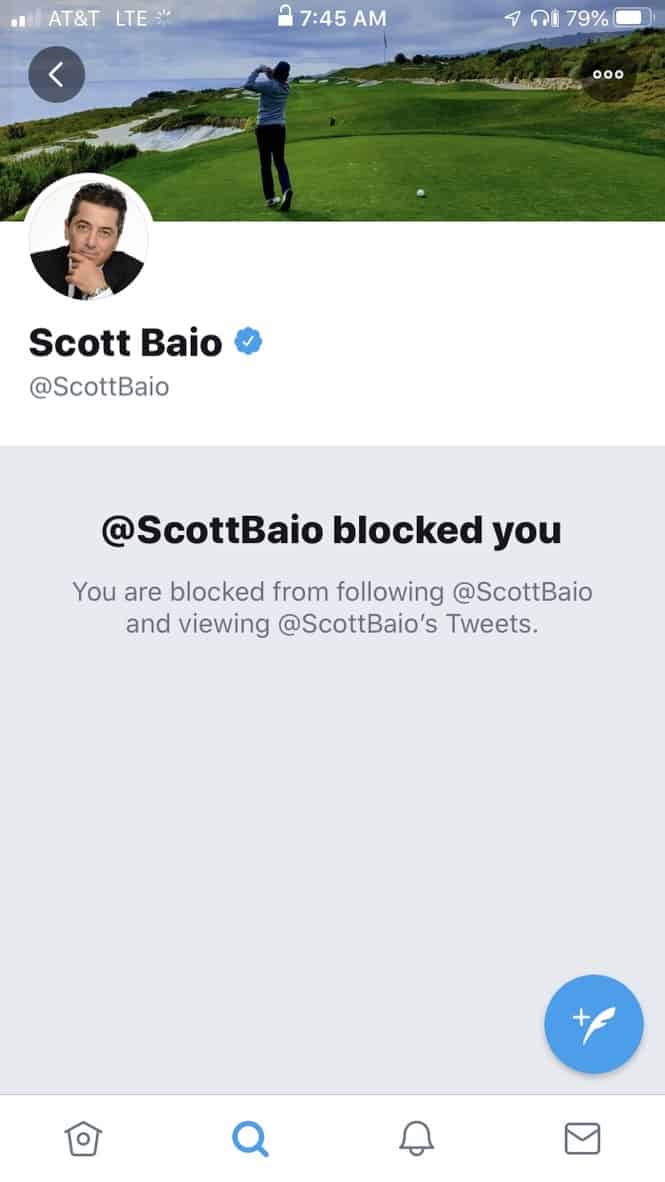