If you find yourself in need of a hero, I have two examples of heroes who I think you’re going to love.

The first is an entire team of professional softball players. The 18 members of the Scrap Yard Fast Pitch, an independent professional softball team that features some of the top players in the world, began what was supposed to be a seven-game series against the USSSA Pride in Melbourne, Florida last week.

It was an ideal time for these teams to be playing given the fact that they were facing little competition from other live sports.

Then Scrap Yard Fast Pitch general manager Connie May sent a tweet that included a photo of the team standing for the national anthem and a message to Donald Trump enthusiastically bragging that everyone was standing and respecting the flag.

The team, comprised mostly of white women, learned about the tweet in the locker room after the game. They met for an hour to discuss the matter, then all 18 players emptied their lockers and quit.

You can see one of the player’s Twitter response here: Earlier this week, Lenin Gutierrez was working his shift at a San Diego Starbucks when Amber Lynn Gilles entered without a mask and tried to place an order.

Starbucks rightfully requires customers to wear a mask, but when Gutierrez asked Gilles if she had a face mask, the Gilles flipped him off, cursed at him, and took a photo of him.
Then she went home and posted his image on Facebook with this message:
“Meet Lenen from Starbucks who refused to serve me cause I’m not wearing a mask. Next time I will wait for cops and bring a medical exemption.”
Instead of eliciting support for her unmasked tirade, the Facebook post produced a backlash of support for the Starbucks employee, with hundreds of people expressing their appreciation to him for doing the right thing. Many wished that they could tip the young man for doing his job and keeping people safe.
Enter Matt Cowan.
Cowan doesn’t know Gutierrez personally, but he was also upset that the barista was being bullied online and decided to start a GoFundMe, which he named “Tips for Lenin Standing Up To A San Diego Karen.”
His hope was to raise $1,000 for Gutierrez.
As of this writing, he’s raised more than $97,000 for Gutierrez, including $10 of my money.

Lots of heroes here. Gutierrez, Cowan, and everyone who has donated to the GoFundMe page. 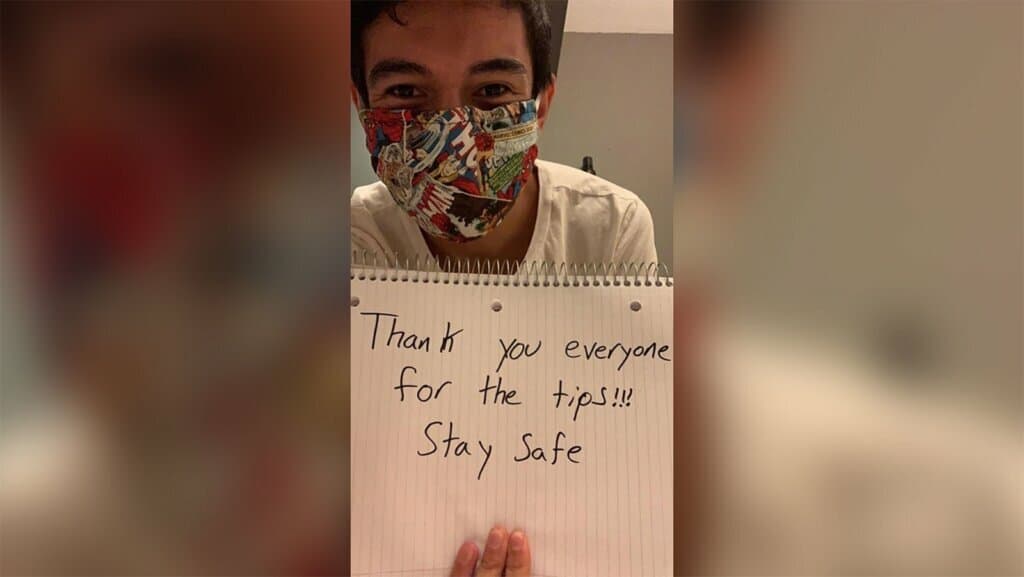 Tina Turner is 80 years-old today, so she knows all too well about the events of 2020. Like the rest of us, she may be in need of another hero, too.

She has lived through the COVID-19 pandemic and the complete utter lack of response on the federal level, including the absence of national testing and contact tracing.

She’s undoubtedly seen the video of George Floyd’s murder and witnessed the mostly peaceful protests in response to police violence against African Americans.

She’s probably aware of the way that Trump has turned the CDC and WHO’s guidelines on wearing masks into a culture war and watched as our once flattening curve is once again skyrocketing, particularly in Republican-led states that opened too early and refuse to impose restriction on public gathering.

If she’s paying attention to the news right now, she may have even heard the recent reports about the Russians offering bounties to the Taliban for the killing of US soldiers and Trump’s nonresponse to this intelligence.

Perhaps she, like many of us, are in need of heroes these days. Happily, they are easy to find. Folks like the members of the Scrap Yard Fast Pitch who took a stand against being politicized by their general manager. Americans like Lenin Gutierrez who are doing their job to protect their customers and fellow employees. Citizens like Matt Cowan who saw and opportunity to support a fellow citizen and the thousands of people who supported his cause.

It’s easy to become distraught and despondent given the news of the day. But if you look hard enough, you can still find plenty of heroes in this country.