Childish and immature, I know, but c’mon. 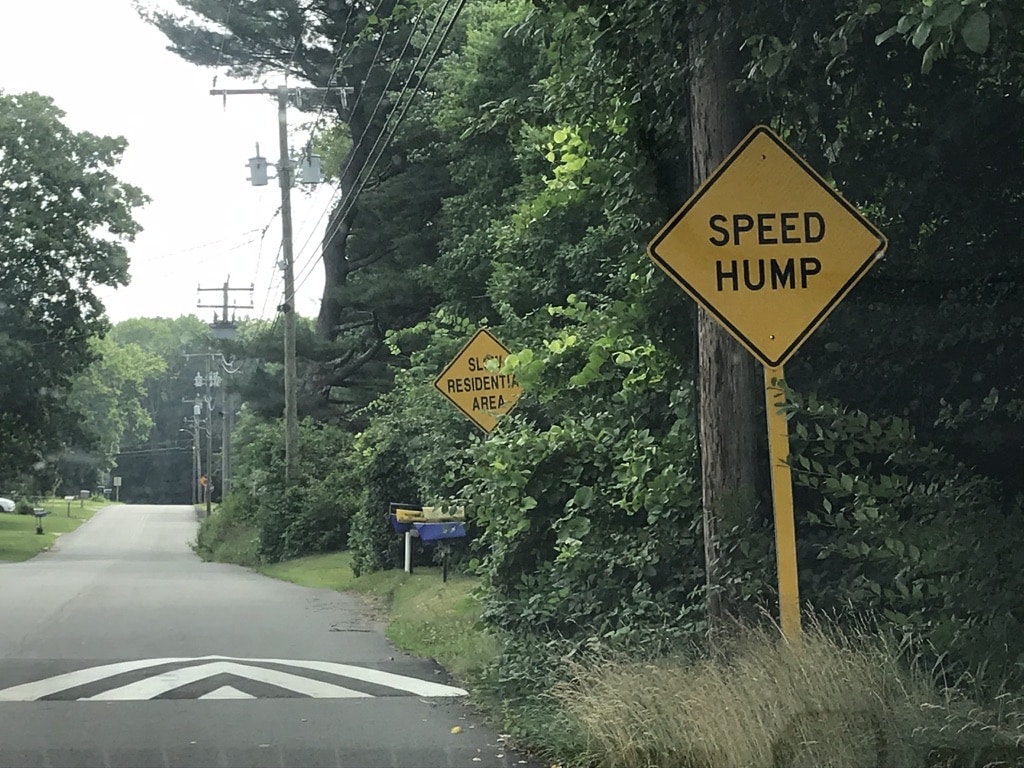 “Speed bump” is a fine way to describe this feature in the road. It’s the way it’s always been described. A perfectly fine means of both describing this feature accurately and assigning it a name.

All in just two short words.

Do you think it’s possible that the municipal workers tasked with designing, ordering, and installing this sign didn’t realize what they were doing? Am I supposed to believe that they didn’t intentionally plant this bit of amusement on the roadside?

Then again, I had a great uncle and an uncle who were both named Harry Dicks.

I guess it’s possible to miss these things from time to time.