My South Korean editor contacted me last night to inform  me that my first novel, SOMETHING MISSING, was published in Korea a couple weeks ago and has been receiving very positive reviews in the press.

It’s so odd and so thrilling to think that my story, which published in the US in 2009, is now being read by people on the other side of the world.

SOMETHING MISSING was sold to half a dozen foreign publishers, but the only translation that I have seen thus far is the German version, which is on my bookshelf.  My Korean editor informs me that a copy should arrive at my home soon, but until then, she sent along an image of the cover art.

It’s quite interesting.  Nothing like anything I would have expected. 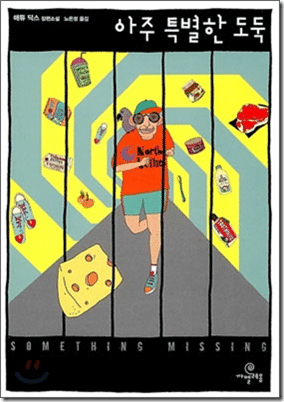 Posted in SOMETHING MISSING Items