About a month ago, I wrote a post that criticized Pastor Greg Locke, an outspoken, Trump supporter who opposes the rights of gay, transexual, and transgender Americans and has gone so far as to call them mentally ill and criminal.

Specifically, I attacked the ridiculousness of Locke’s “”Don’t you dare lecture us” rhetoric in response to Eminem’s freestyle rap video about Donald Trump after it was clear that Eminem had already lectured to him and he had already listened to it.

It’s a bit of verbal puffery that I cannot stand.

In response to this piece, a man wrote to me (via Facebook), saying, “Your going to hell.”

After pointing out to the gentleman that his response required the contraction “You’re” instead of the possessive “Your,” I found myself wondering how someone who is religious found his way to believing that this blog post was enough to send me to hell.

As you may know, I’m a reluctant atheist, so the threat of hell is fairly meaningless to me. Even when I possessed faith in God as a child, I never believed in the existence of hell. But this man probably does, and he apparently believes that I am going to suffer eternal damnation as a result of my critique. 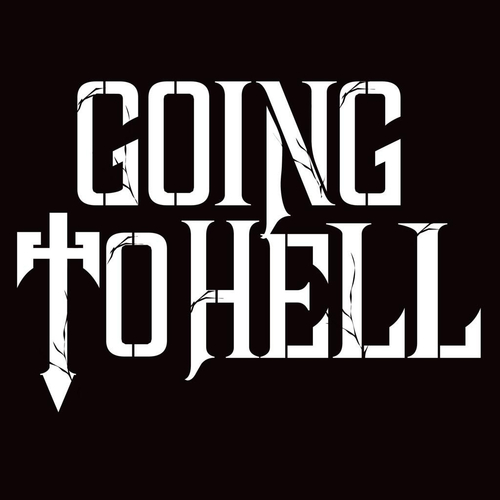 It seems like a bit of a stretch. One blog post and I’m forced to suffer the fires of hell for all time?

I clicked on the parts of his Facebook page that are public, and he seems like a decent man. He lives in Hillsboro, Alabama and makes his living as a welder. He has a beautiful family. Smiling children. A seemingly loving wife. They are a family that seem to enjoy football and their faith.

Yet he believes I’m going to hell.

Would he still believe this if he didn’t know me via the Internet? Would he says these words to my face if we were eating a meal together? If our families were picnicking together? If we were watching a football game side by side?

But I want faith. I strive for faith. Does that count for anything?

I also have two cute-as-a-button kids with kind hearts and great minds who love me. I married a remarkable woman who still loves me eleven years after we were first married. I’ve dedicated the last 20 years of my life to teaching children in the public schools. I just spent a weekend in Kansas City, donating most of my time and expertise to help the poor, the homeless, and the underserved tell their stories. Last night I worked with the children of Holocaust survivors to tell their story. I’ve worked with ministers, priests, and rabbis to help them preach to their congregants. I have good friends who love me. Family who loves me. Neighbors who like me. I have a 16 year-old dog who my vet says is alive today only because I have given more time and money to her than any pet owner he has ever met.

I have even been invited to lead a worship service at a local church in the spring.

Does this man really believe that the Jesus depicted in the New Testament would send someone like me to hell? I’ve read The Bible cover to cover three times, and I can’t see the Jesus who I know from that book suggesting that I belong in hell.

This is the problem with the Internet. People are emboldened to say things that they might never say in person. They type words that might never come from their mouths, feeling like digital distance protects them from judgment. They often become the worst versions of themselves.

Whenever I write something online, I ask myself, “Would I say this in real life?” Admittedly, I tend to say things that others might not, but I like to think that the thoughts, ideas, and opinions that i express online are the same as those I speak in real life.

I don’t think enough people ask themselves this question.

I’m not a bad person. Certainly not evil. If there is a hell, I am fairly confident that I will not be going there.

I’m also fairly confident that if I had the opportunity to spend an afternoon with this man, we would find more commonality than difference. More to like than to hate. More reason to be friends than to be enemies.

I like to think that if he knew me, he might change his mind about my eternal damnation.