Star Wars fans, I have a question:
What exactly was the Emperor’s endgame? 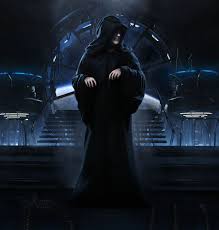 Let’s say that he managed to crush the rebel alliance and turn Luke to the dark side.

So he rules the galaxy? Was his ultimate goal to be the boss of everyone?

It seems a little anticlimactic to me.

Did he really want to be the one to determine marginal tax rates, the legal drinking age, and sentencing guidelines for white collar criminals?

Because once the rebels are gone, aren’t these the only kinds of decision left to make?

Or did the Emperor have a grander vision? Perhaps a Tea Party or Occupy Wall Street view in terms of the direction that the galaxy’s economy should be headed?

Even then, should this really be the concern of a Sith Lord?

It seems to me that the worst thing for the Emperor would have been the complete elimination of the rebel alliance.

Eliminate the opposition and what are you left with?

There’s something to be said for having enemies.