Tom Sykes of The Daily Beast reports on Kate Middleton’s busting of what he refers to as one of the last taboos of pregnancy:

Kate Middleton stood up for new mums everywhere when she walked out of hospital yesterday, completely unembarrassed by her post-partum tummy.

This thoroughly modern royal was apparently determined to lend a helping hand to women everywhere who have just given birth, and shatter one of the last taboos of pregnancy: the post-baby belly. 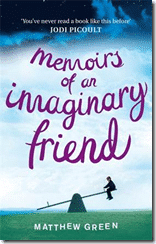 I’m sorry, Tom, but this is not a taboo. It never was a taboo.

Two days after giving birth, the only people who expect a woman’s baby belly to be gone are lunatic celebrities and former reality show contestants who follow up their deliveries with plastic surgery and stylist consultations.

Skyes claims that even though it takes at least two to three weeks for the uterus to return to anything like its pre-pregnancy shape after giving birth, “this fact is little acknowledged in modern Western society.”

What modern Western society is Sykes talking about?

Does he think that the city limits of Hollywood, California qualify as a modern Western society?

No one expects a woman’s baby belly to be gone when she walks out of the hospital.

No mother expects her baby belly to be gone when she walks out of the hospital.

If she does, she should turn around, walk right back into the hospital and admit herself  into the psyche ward.

Perhaps it’s because I don’t read celebrity gossip magazines or watch nonsense news shows that report on celebrity births as if they were real news, but I have yet to meet a single woman who has expected her baby belly to be gone 48 hours after giving birth. Nor have a met a woman who has attempted to conceal her baby belly in any way.

Skyes goes on to lament:

Sadly too many celebrities often have ultra fast tummy tucks or strap themselves down to emerge in tiny size 6 jeans, leaving everyone else feeling inadequate.

While it might be true that celebrities follow their deliveries with plastic surgery (let’s call it what it is), I hardly think that “everyone else” is “feeling inadequate” as a result of this inhumane, unrealistic, artificial, unnecessary, self-obsessed response to pregnancy.

When a woman sees a celebrity walk out of the hospital wearing size 6 jeans, does she think, “That self confident, highly motivated actress probably did about a nine thousand sit-ups and spent the last 14 hours doing bikram yoga in order to look that good.”

Or does she think, “That narcissistic, image-obsessed megalomaniac probably spent more time under the plastic surgeon’s knife than she did with her new baby.”

I know which one I think.

I suspect that most people living in an actual modern Western society think the same.