A while back, I was asked to list my favorite favorite books of all time. Since I was asked at a public reading, I couldn’t exactly ignore the request, and so I named my first three that came to mind. Though there were at least another half dozen books that I could have added to my list (including Treasure Island, which I think of as my all-time favorite), I was satisfied.
The original three were:

Then I made the mistake of listing my top three on the blog and was immediately inundated with requests for a list of the books that I had considered adding to my list.

After some hemming and hawing, I agreed to create a list of my top ten favorite books, which has since expanded to an even dozen.

I considered going for a baker’s dozen, but I thought that might be pushing things a bit.

As I started creating my list, I established the following rules:

1. A series of books count as one book. This rule, once established, helped me a great deal.

2. This is only a list of fiction. Had I been forced to include nonfiction on the list, books like The Heart of the Sea, Midnight in the Garden of Good and Evil, Devil in a White City, and everything that Bill Bryson has ever written would have been clamoring for a spot on the list as well.

3. I decided to include plays as well, since so much of my favorite literature was written by Shakespeare. It’s fiction, I decided, simply written in a different form.

Are there other books that I wanted to add to my list?

Of course. There was a handful of books that were eventually removed from the list in order to cull it down to just twelve, but these are the dozen that I am standing by.

The list of my 12 favorite works of fiction of all time.

For today, at least. 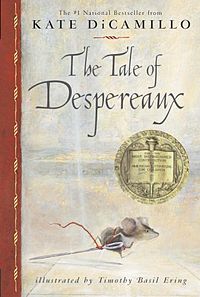 If you have a moment,  I would love to hear your list as well.