I took the kids to McDonald’s on Thanksgiving morning, thinking that this would be a win-win-win for the entire family.

And for a while, it looked like things would work out well.

We left Elysha at home with a new book and some coffee.
I ate my customary breakfast.
Clara and Charlie enjoyed some pancakes. Then they went off to play while I continued work on my latest novel.

About 15 minutes into my work, I heard Charlie call for help. I waited, hoping that Clara would solve the problem or the problem would go away (as it often does), but when his calls for help increased in volume and intensity, I went to check what was wrong.

I found Charlie about 25 feet off the ground, trapped in a plastic tube connected to the structure by netting on both sides. He had climbed higher than ever before, crossed the netting to reach the plastic tube, but was now trapped, afraid to cross back over. Adding to his fear was the instability of the section of tube in which he was stuck. Every time he moved, it shifted left and right, causing him to freeze in place and cry.

It would be extremely difficult for me to climb to him, and there was a sign indicating that the structure was not built to hold an adult’s weight. So I asked Clara to retrieve him, which would’ve meant climbing higher than she had ever climbed before. 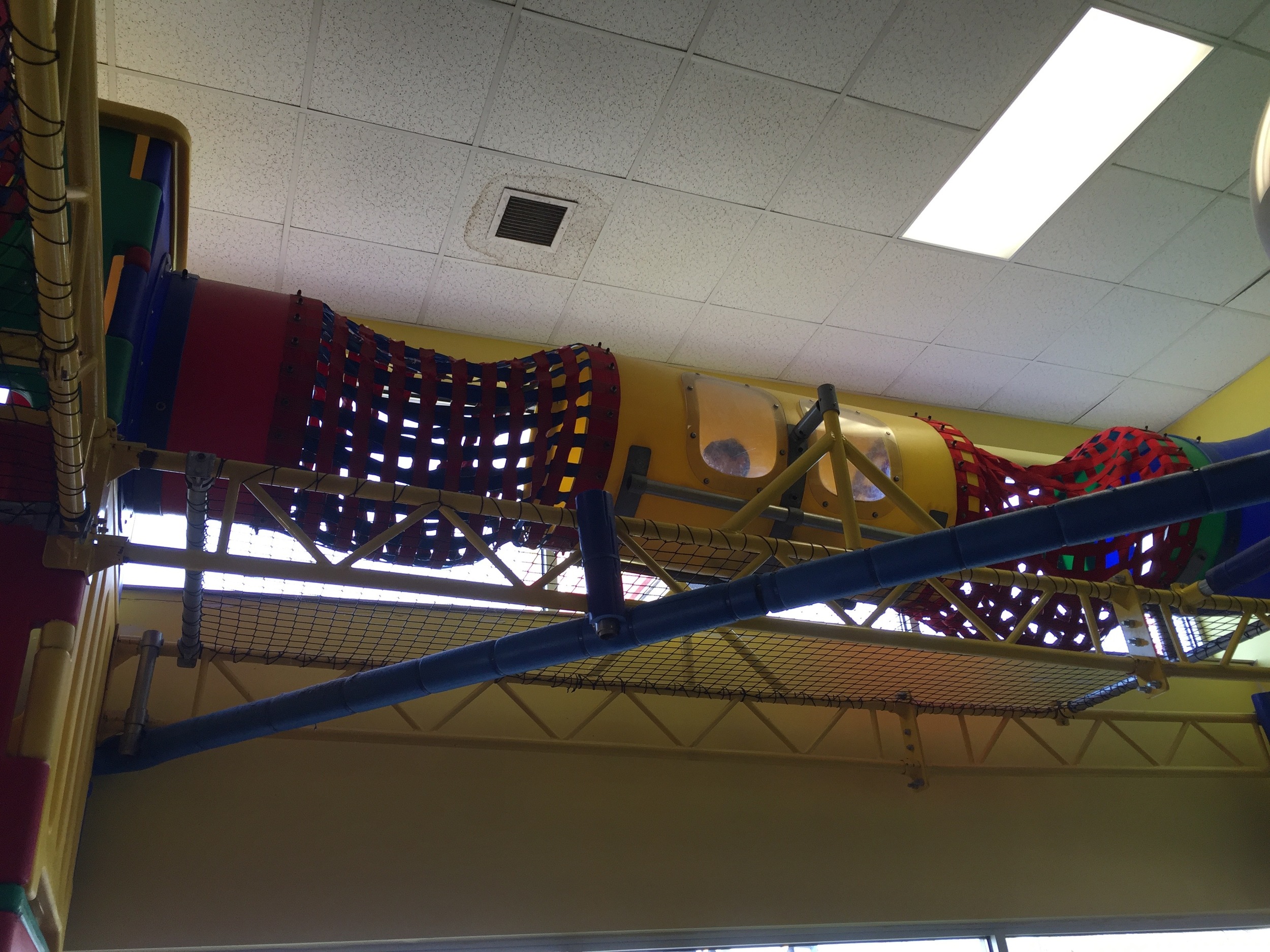 Clara refused, retreating to a corner and sucking her thumb, leaving me without any options. I begged, pleaded, cajoled, demanded, insisted, encouraged, and threatened Charlie for about 20 minutes before Clara finally agreed to climb up and help. She went as far as the netting – a monumental feat for her – but refused to cross over to his tube. From about five feet away, she encouraged Charlie to crawl over to her, reaching her hand across the span and asking him to meet her halfway.

It was while she was trying to coax him across the net that something magical happened.

She said, “Charlie, whisper to yourself what you love most, and that’s how you can be brave. That’s what I do.”

Tears welled up in my eyes. My daughter’s wisdom astounded me. And I suddenly found myself wondering when she last needed to be brave. Had I missed it? Was I letting her down? Failing to protect her? Was she afraid more often than I thought?

I felt like I was trapped in a Neil Gaiman novel. Danger and mystery and brilliant words of wisdom swirled around me.

Clara repeated her advice. “Whisper to yourself what you love most, and that’s how you can be brave. Do it, Charlie.”

You can’t win them all.

Then he moved. Crawled toward the netting.  The tube shifted again, causing him to freeze and resume his cries of terror.

Eventually I had to climb through the structure and across the net to scoop up my boy, who was, to his credit, very appreciative. Lots of hugs and kisses and “Thank you, Daddy” and “I love you, Daddy.”

I didn’t get a lot of work done, and I ended up with skinned knees and a bump on the head, but it was well worth it.