My family and I have been in Seattle for five days now, and it’s been quite the whirlwind.

In addition to playing golf, walking beaches, eating delicious food, and visiting with friends and family, I have also been doing a bit of work.

On Thursday, I had the pleasure of visiting with a book club of about 17 ladies who had read a variety of my novels and nonfiction. The conversation was great, the questions were insightful, and I was once again renewed by the joy of spending time with serous readers.

On Friday night my friend, Plato, his daughter and my former student, and I attended a Moth StorySLAM in Seattle. It was just as fun and exciting as any StorySLAM in New York or Boston. Plato and I had the good luck to take the stage and tell a story – back to back – and I won the slam and Plato placed a close second.

Not the first time we have taken the top two spots at a StorySLAM.

On Saturday, I taught a storytelling workshop at the Taproot Theater in Seattle. Three dozen present and future storytellers gathered to learn some of the strategies and techniques that I have used for finding, crafting, and telling stories. It was thrilling to find such a vibrant and close knit storytelling community here in Seattle.

On Saturday night, I performed my solo show for a sold out audience in the same theater. I told five stories – all but one brand new and including a story that I had begun crafting during the workshop earlier that day. After each story, I offered some insight about the finding and crafting of the story in hopes that the audience would walk away with some strategies that they could use when telling stories.

It was a blast.

Just before intermission, Elysha also played her ukulele and sang in public for just the second time ever, and for the second time, she upstaged anything I did that night. She was sweet and charming, and she sounded beautiful.

And the kids sat backstage in the green room throughout the show, listening to the stories while pecking away on devices to keep them occupied. Just before Elysha played, they joined the audience to watch their mother do something hard and beautiful.

On Sunday morning, we traveled to Tacoma to attend a storytelling brunch called Homegrown Stories. Hosted by a storyteller named John and my agent, Taryn, folks enjoyed delicious food as names were drawn from a bowl and stories were told. I met a number of storytellers who I’ve only had the pleasure of knowing via our podcast and email, and I met some new folks, too. Clara and Charlie joined us, sitting at our feet and listening attentively. We heard stories about the challenges of running for office, hiring a professional cuddler, transitioning from female to male, and finding your husband back in middle school while writing a story together about monkey guts.

One storyteller had even told a story that used something I had done the day before in my workshop as the jumping off point.

But the moment I will never forget was when Clara took the stage before 30 or so adults and told her very first public story. She poke about being excluded from a game at summer camp, and though I am admittedly biased, her story was incredible. It was vulnerable and raw. It contained humor and suspense. She handled dialogue brilliantly. I had the good fortune of standing in the back of the room while she was telling, and I listened as the audience laughed, held their breath, sighed, and groaned at all the right moments.

Best of all, she stuck the landing. Her final sentences were perfection.

I hadn’t even known that she wanted to tell a story. I wasn’t sure how she would do. I worried that she might collapse in a bundle of anxiety and nerves.

Instead, she told a four minute story that was artfully crafted and expertly told.

This has been a glorious week, thanks in large part to our friends who have been kind enough to host us in their beautiful home and show us the town. But it’s also been a week filled with talk of books and stories, which has also been lovely.

But that moment when Clara stood before that audience and shared a story… that is what I will remember most. 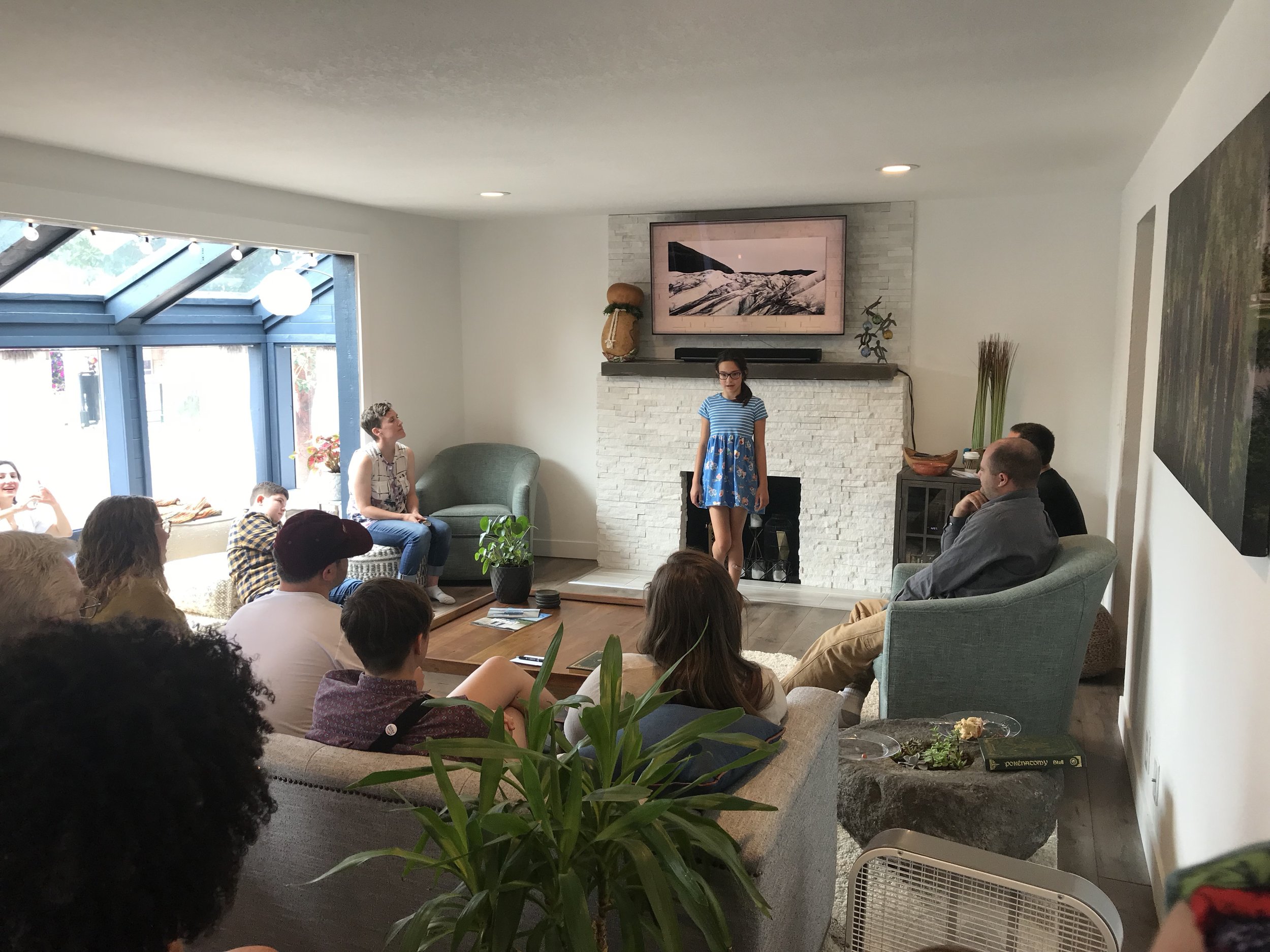 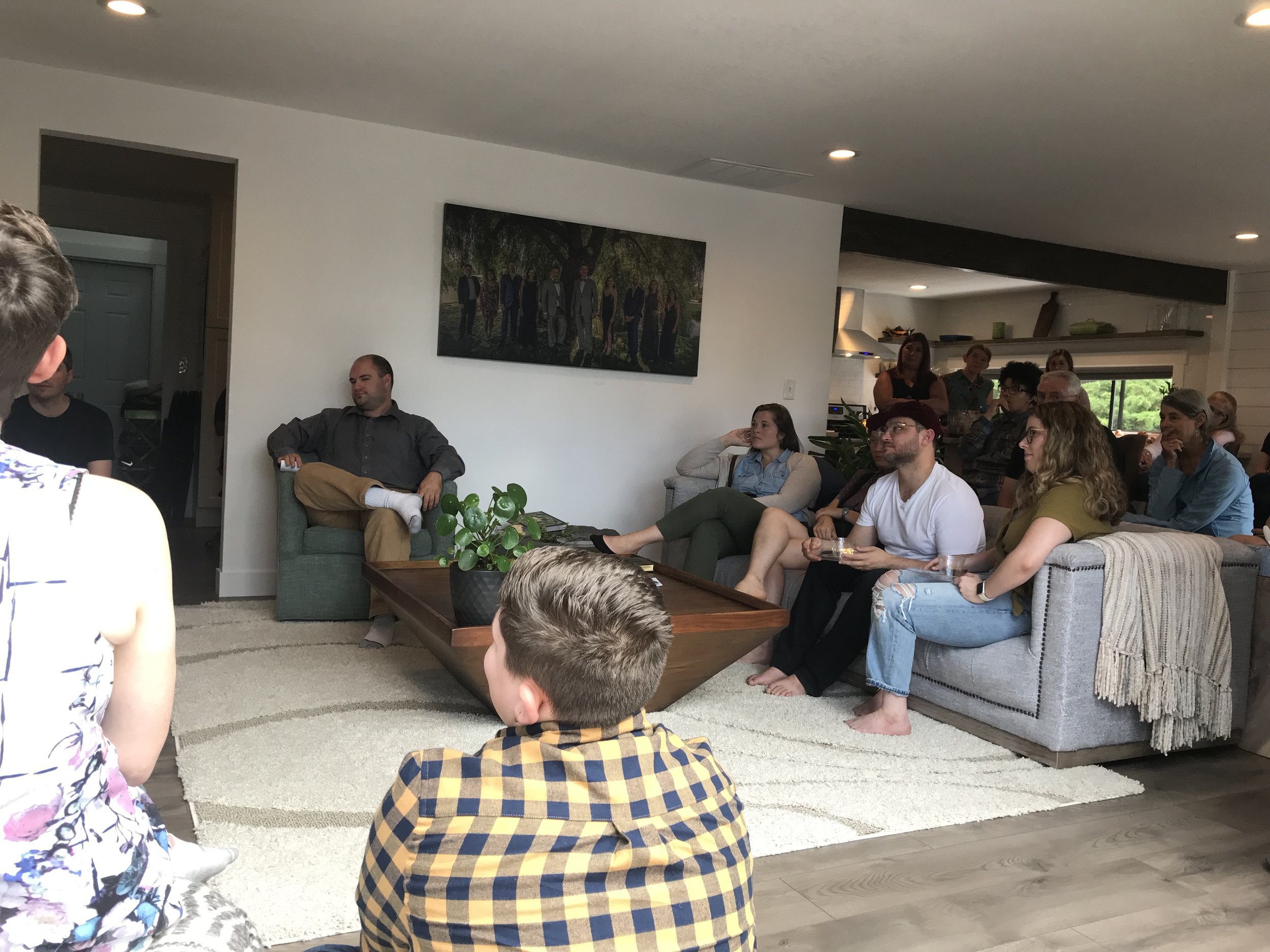 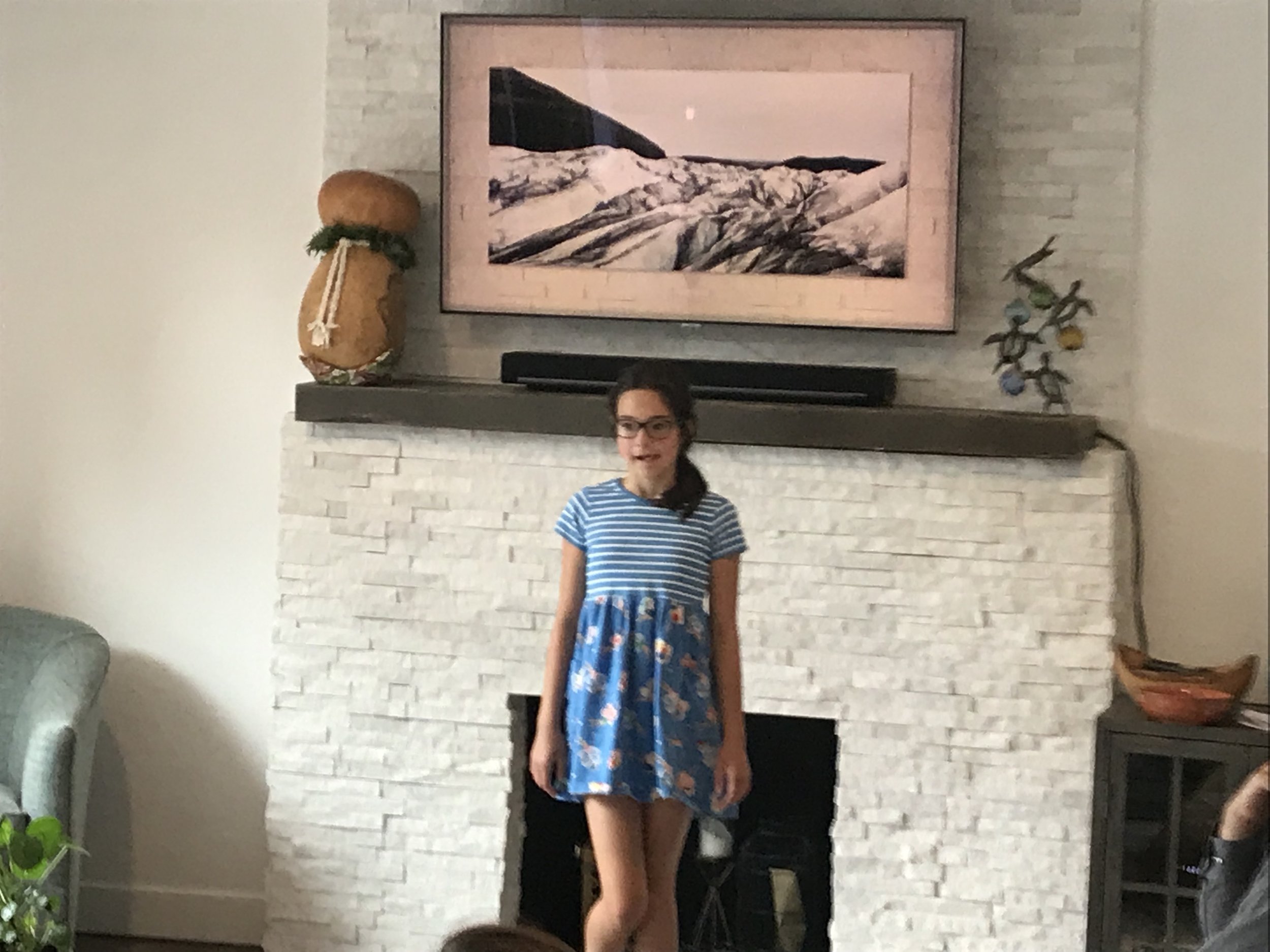 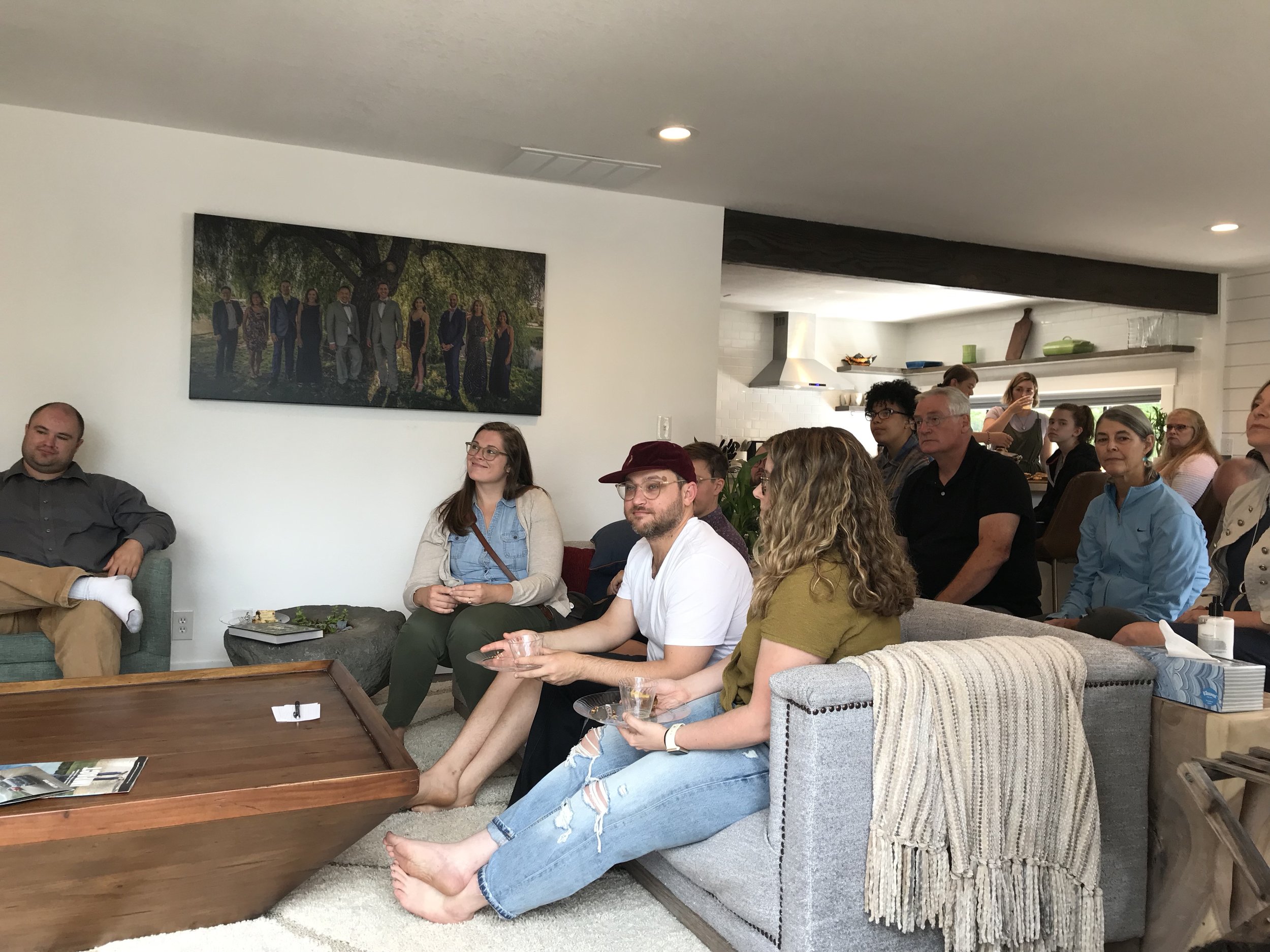 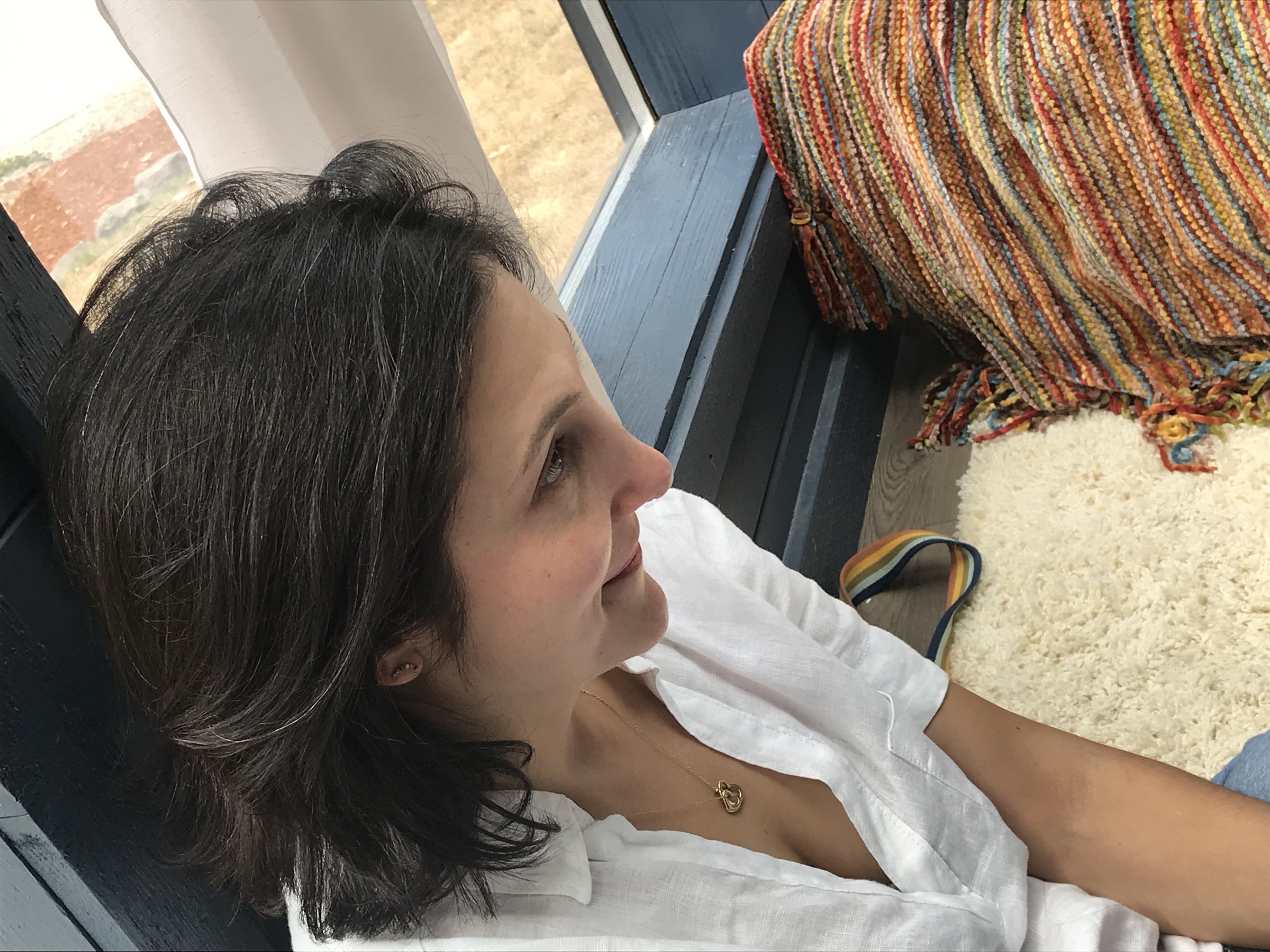 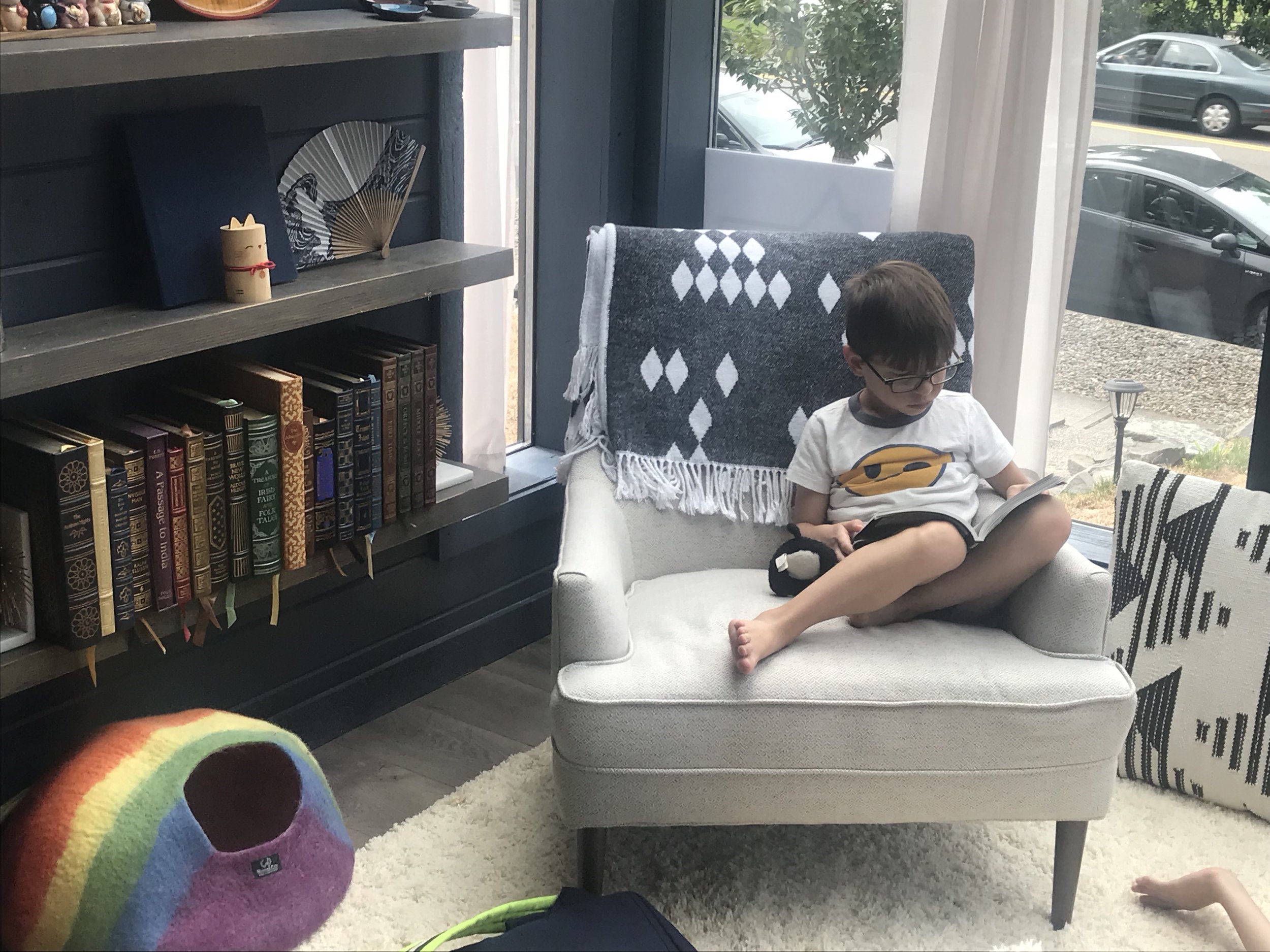