I’ve made it an almost annual tradition to spend a portion of my Thanksgiving writing about the people, places, things and institutions to which I am thankful.

On this Thanksgiving, I’d like to give thanks to just one person: 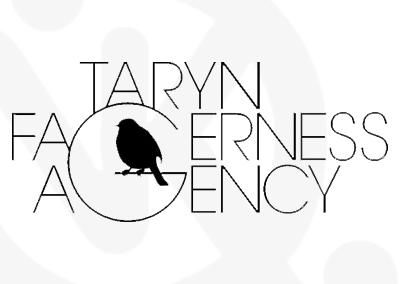 It occurred to me while writing the acknowledgements for an upcoming book that Taryn is directly responsible for making my wildest dreams become a reality.

This is no exaggeration.

When I was a boy, I dreamed of one day becoming an author. The writer of books. A person whose thoughts and ideas and stories would be of interest to others.

It was a ridiculous dream, of course. I wasn’t given the opportunity to go to college after high school. At the age of 18, I was already on my own, living without a safety net, struggling to make ends meet. I was managing McDonald’s restaurants, working 60 or more hours every week, constantly dreaming of bigger and better things.

But even so, I was writing. Since my senior year of high school, I have written every single day of my life without exception. In those early days this writing took the form of letters to friends, journal entries, zines, newsletters, and even a blog (though it would be years before “blog” would even become a word) on an early, localized version of the Internet called a BBS.

I wrote constantly. Still, I never thought my writing would amount to anything of value.

A few years later, I found myself homeless, jailed, and facing a possible prison sentence. I didn’t have a penny to my name. My ridiculous dream of one day becoming an author seemed utterly impossible.

Years later, after a lot of hard work, the impossible became possible again. I finally wrote my first novel. But it turns out that writing a book is only the first step. It’s a huge step, to be sure, and worthy of celebrations, but without a champion of your books, it is likely that your stories will go unseen and unread by the world.

Taryn was working at a large literary agency on the west coast in the summer of 2007 when she discovered my query letter and the first three chapters of my first novel, Something Missing, in the slush pile, alongside hundreds of other letters from hundreds of other hopeful, desperate writers. It was Taryn’s job to read through these unsolicited submissions, searching for a diamond in the rough. She liked my query letter, and she liked my first three chapters, so she wrote to me and asked to see the rest of the book.

Other agents had made similar requests, but as the summer drew to a close, nothing had materialized. After sending letters to 100 literary agents, it looked like I’d be sending out my second batch of 100 letters before long.

Then, on the very last day of my summer vacation, Taryn called and said that she would like to become my literary agent.

There have been many important phone calls in my life, but as I look back on my life, Taryn owns the top three spots in my personal pantheon of life altering phone calls:

Each of these phone calls changed my life.

In each instance, Taryn changed my life.

Yes, it’s true that my hard work was also required. I had to write the books. I spent 17 years of my life writing every single day before ever publishing a story. But Taryn has become the champion of my work, and that role cannot be overstated.

Taryn is not only my literary agent, but she is also my collaborator. My co-conspirator. My friend in words. Before an editor ever sees one of my books, Taryn sees it first, offering her advice on plot, characters, and story.

Taryn is also directly responsible for the publication of my novels in more than 25 countries.

She is responsible for the film options on three of my novels.

When my third novel didn’t sell and I thought my writing career was over, Taryn’s words to me were perfect:

“You just need to sit down and write your best book ever.”

It is no exaggeration to say that the relationship that Taryn and I have is the envy of so many of my author friends. They cannot believe my good fortune. While they often describe their literary agents as difficult-to-reach, slow-to-react, and less-than-supportive, Taryn is exactly the opposite.

Taryn and I own a company together that publishes books. We are partners in the creation and dissemination of stories. I admittedly own more shares in the company than Taryn, but the company would not operate without each one of us doing our job.

On this Thanksgiving, I give thanks to Taryn Fagerness, a person who has made so many of my dreams come true. I have become the thing I never thought I could be.

I hope you are all lucky enough to find your champion. Your creative co-conspirator. Your dream-come-true maker.

Posted in Books, SOMETHING MISSING, Words and tagged taryn fagerness