The following are my New Years resolutions for 2015. 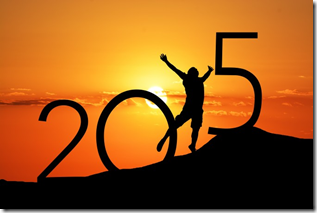 For the first time, I have placed my resolutions in categories to help me keep them in order in my mind. I’ve also sought reasonability in my resolutions this year, since there are more than ever before.

As always, I reserve the right to alter the list for up to one week after posting. Suggestions are still welcome.

Recommended by a friend a couple years ago. Still valid today and deserving of the first spot on the list.

Since my first weight goal in 2010, I have lost a total of 48 pounds. Another 20 is ambitious, but it would get me down to my high school weight, and I’m willing to try to make that happen.

I’ve accomplished this goal for three years in a row, but it’s not exactly automatic, so it remains on the list.

My plan is to reduce my intake of Diet Coke. My original plan was to eliminate all soda consumption in the home, but this would cause problems when I bring a cup of soda home from McDonald’s or on the rare occasions that my wife brightens my day with one. Eliminating the two liter bottle will reduce my soda consumption considerably but still allow for the occasional soda brought in from a restaurant or 7-11.

It will also save me approximately $500 per year in soda costs.

I plan to add a glass of orange juice to my mornings as well, to replace the Diet Coke that I normally start my day by drinking.

I’m currently not practicing yoga because of an unrelated shoulder injury, but as soon as I get approval from my physical therapist, I will resume.

6. Learn to cook three good meals for my wife.

The only meal that I am capable of cooking for Elysha at this time is macaroni and cheese and hot dogs, which is amazing but not very impressive. I want to be able to cook three meals for her that she loves by the end of the year.

7. Complete my sixth novel before the end of the summer 2015.

The book is about half finished, and I like it a lot. It shouldn’t be hard to finish it by the end of this coming summer.

This unconventional novel is nearly finished but requires a great deal of polish and assembly. I may be able to finish it by the end of the summer as well.

9. Sell one children’s book to a publisher.

I have three written and ready to go. We will pitch soon. I have two new ideas that I like a lot, so I will work on them in 2015 as well.

The memoir is written and is being polished now.

11. Sell a book of essays to a publisher.

The book is written and will go to editors in January.

12. Complete a book proposal for a book on storytelling.

I’m in the process of writing a book on storytelling, modeled a bit after Stephen King’s On Writing. Part memoir, part how-to. I think I have some important and helpful things to say about the art of storytelling, and I’m excited about this book.

I wrote my first screenplay last year. I am revising it now based upon film agent’s notes. I plan to write another in 2015.

I have 25 badly written pages for this memoir that must be transformed into 50 good pages in 2015.

15. Write a musical for a summer camp

Camp begins in July. My partner and I broke the story this week. Now all I have to do is write the whole damn thing.

16. Publish at least one Op-Ed in a physical newspaper.

My real goal is to land another column in a magazine, newspaper, or online publication this year, but I’m keeping this goal more reasonable.

17. Submit one or more short stories to at least three publishing outlets.

18. Select three behaviors that I am opposed to and adopt them for one week, then write about my experiences on the blog.

A suggestion by a reader that appealed to me.

This is apparently a big deal. Email drives sales. Builds my author platform. All the experts agree. And we sell out every Speak Up event on the strength of our mailing list alone, so I guess I’ll do it.

This is a much needed reboot of my website. My current website was designed by a professional, which means it was excellent at the time but I can’t do a thing with it. If I build this one myself, I’ll be able to update and change at will.

21. Produce a total of eight Speak Up storytelling events.

We produced eight shows in 2014, so this is a conservative total, especially given that we will have produced four by April, but I would be happy with eight and ecstatic if there were more.

I’ve had some bad luck in terms of TED Talks over the past two years.

I did a TED Talk at the AT&T Conference Center in 2013 that went extremely well, but technical difficulties made the audio on the recording almost indiscernible.

I did a TED Talk at Western Connecticut State University in 2013 that went flawlessly, but the college students who hosted the conference never posted the recording online.

I did a TED Talk in April of 2014 in Somerville, Massachusetts that also went well, but my 15 minute talk was accidentally put on a nine minute timer, which forced me to dump sections of my talk on the fly and speak faster than I would’ve liked. The talk was good, but it was not exactly what I had planned. There was room for improvement.

Let 2015 be the year that I am able to deliver an outstanding TED Talk with zero technical difficulties.

Elysha and I have been slow to build a website, simply because we have sold out every show. But as outside venues reach out to us and the media makes inquiries, a website has become a necessity.

24. Attend at least 10 Moth events with the intention of telling a story.

I attended 15 Moth events in 2013, so this number is more than reasonable.

Winning two slams in 2015 is a reasonable goal.

I won my first GrandSLAM in 2013 after eight tries and six second place finishes. I’ll probably be competing in three or four GrandSLAMs in 2015, so this goal isn’t completely unreasonable.

27. Launch at least one podcast.

I have many ideas and not as much time as I would like. In 2015, I would like to move some of these ideas forward by partnering with smart people who are willing to do at least half of the work required to make these things a reality. Basically, I want to work with smart, motivated people. I seem to have a bounty of these kinds of people in my life. I will begin reaching out.

29. Host at least one Shakespeare Circle.

I intend on hosting an evening of Shakespeare. Friends will join us around the table to read a Shakespearean play aloud, with each person assuming a different role. I already have a group of people who have agreed to attend.

30. Enroll in the final class needed for certification as a high school English teacher.

32. Post my progress in terms of these resolutions on this blog on the first day of every month.