Television writer, actor, director, producer, and the author of a book of short stores BJ Novak has written a children’s book entitled The Book With No Pictures, and damn it, it’s good.

It’s clever and poignant and hilarious and ingenious. It’s entertaining and it says something.

I hate that guy. 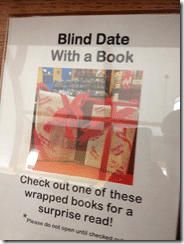 Not only can the jerk write a great children’s book, but he can read to children just as well.

BJ Novak. Star of screen and page. Love his work. Hate him for being so damn creative and productive.

Posted in Books and tagged bj novak, the book with no pictures